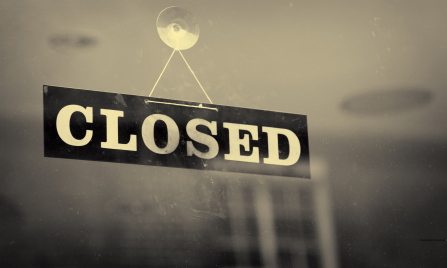 The majority of business owners are very concerned about the economic climate ? enough so to consider giving up altogether.

Certainly today’s news that the UK?s double-dip recession has unexpectedly deepened acutely, leaving the economy smaller than it was when the coalition government took office two years ago, has not changed that attitude. If the 11 per cent figure for those who have thought about closing down, as the report reveals, is stretched across the UK’s 4.5m SMEs, it paints a gloomy picture of the current business confidence. But business confidence is unevenly spread. In the North of the UK, 17 per cent have considered shutting up show, compared with just five per cent in the Midlands, seven per cent in London and 12 per cent in the South. The Eurozone is still adding to the pressure, with half of business owners expecting the crisis to hit UK spending, and preparing for the knock-on effect. A revealing one per cent of business owners said that, if their business was seeking more finance, they would be likely to use investment of the owners’ or partners? personal capital to finance their businesses. ?It is clear that SMEs are feeling the strain of an uncertain economic environment. Our research shows their confidence has been hit and they are concerned about the future,? Rochard Coleman, director of SME at Zurich, commented in a press release. ?While it?s encouraging that SMEs are looking for new opportunities to ease the pressure, there are considerable risks associated with development and expansion, particularly when owners are using personal capital to fund such activity. However, Britain?s SMEs are starting to fight back. Many are reviewing their business models and looking for new opportunities. When asked which three things they currently see as the biggest opportunity for their business in the report, business innovation came out top, followed by cost and expense reduction and exploring web-trading and online marketing. Over half have expanded activity to target new customers and one-third have diversified their business offering. Despite the concerns, the SME Risk Index showed that 22 per cent of British SMEs are looking to expand overseas through low-cost and virtual models, such as web-trading and internet sales, overseas joint ventures and overseas distribution partnerships. Only ten per cent plan to increase their physical presence overseas.