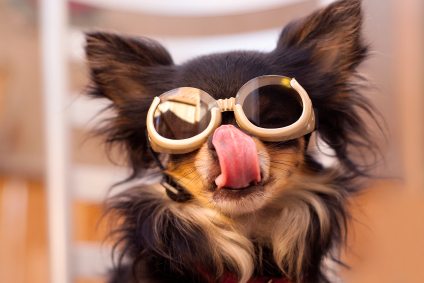 These past few years, even though unemployment rates were high and the odds of business failure within the first five years was over 50 per cent, people got creative.

Consumers are always looking for something new, and the stranger the idea, the more heads are turned.

Here are ten previously deemed crazy ideas that got consumers hungry for more:

A dating website is nothing new, but ashleymadison.com has one unique difference: it is marketed towards those already in a committed relationship. ?Life is short. Have an affair? is the site’s slogan and its founder, Noel Biderman, is a happily married man. Although the site has drawn heavy criticism, no one can deny that the business venture is a huge success, receiving roughly 1,800,00 visitors per month.

Looking for weird businesses that make millions? Taking dog accessories to the next level, founder Jill Doyle makes eyewear???more specifically goggles for dogs. After creating a product with practical value ? UV protection ? the company, Doggles, rakes in $5,000,000 per year.

Somewhere in a small town, the founder runs his business off a laptop. Need an excuse letters to miss work or school? Go to the excused absence network. These notes appear as authentic-looking doctor’s notes, jury summons, and so on. The site gets 15,000 hits a month, at $25 per excuse note. Who’d have thought such an insane business idea would be so successful?

It started with a man frustrated that only two people could make a wish around the Thanksgiving table. Ken Ahroni created a company that would create plastic wishbones, replicating the feel of dried bone: LuckyBreak. The company makes 30,000 wishbones a day, including custom-designed and personal wishbones. Their sales? Over $2.5m per year.

From the simple idea of selling pixels of a 1,000×1,000 grid for $1 each, the project attracted people like flies. Through the million dollar homepage, Alex Tew, from Wiltshire, planned to get through university studies by making a million dollars. This internet phenomenon ended up earning him $1,037,100 in a matter of months.