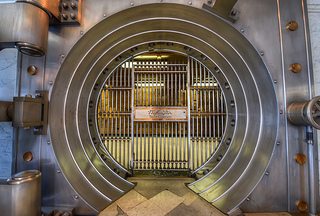 1. Swaps are complex financial products sold as protection against rises in interest rates for the business

It now appears that a large proportion of sales did not fully comply with regulations and many businesses are now being crippled with high regular payments. Business owners trying to end the hedging agreement have been told that they may have to pay significant cancellation fees, or “break costs”. This could be as much as 40 per cent of the amount of the initial loan.

2. According to the Financial Services Authority (FSA), around 40,000 swaps are estimated to have been sold of which up to 90 per cent of these having been potentially mis-sold

The businesses that have been sold these products come from a a variety of sectors such as property developers, care homes,  publicans, catering and hospitality and farming are more likely to have been affected.

The banking industry as a whole has already set aside more than £3bn in provision for compensation. It is likely, much like with PPI, that this will only increase over time.

4. The reviews process for claims is already underway

Though the majority of those affected should have received letters from their banks regarding potential claims, not everyone will have received these If a business has not yet received a letter from the bank but suspect it may have been mis-sold a hedging product then it should look for advice on how to claim.

5. If you need to pursue your claim through the courts, you will need to be aware that your action will need to be made within six years of the date the swap was purchased

Those most at risk of being ‘time-barred’ are the businesses that were mis-sold swaps in 2007-08, so they should act fast.

6. The claims process is a potential minefield and businesses need to go in with their eyes open and having done their homework

For example, although there is an independent “skilled person” overseeing the banks’ review of each case, not every business will be aware that they are appointed and paid for by the bank.

7. Disclosure of information is increasingly an issue for claimants

The banks’ review team will have access to all the relevant documents to conduct the review. However, there have been occasions where the business has tried to access the same documents (so they can prepare for the review) but the banks have not released all the information on file. This results in an ‘asymmetry of information’ between the bank and the business – which is neither fair nor transparent.

8. It is already taking a long time for claims to be processed and reviewed

However this should not put businesses off getting the full redress they deserve, if they have a case.

9. Affected businesses may be due redress for consequential losses, as well as losses directly related to the product

It’s not just the costs of the swap that a business can be compensated for, but also the knock on effects that being mis-sold it had on the business. In some instances businesses may have had to shut down entirely because they couldn’t afford the repayments, so could be due significant levels of compensation.

10. Perhaps most importantly of all…

There is no appeal process in the review scheme, so affected businesses only have “one shot” at getting the full redress they deserve. With so much potentially at risk they should make sure they build the strongest case possible. Daniel Hall is MD of All Square Treasury Image Source