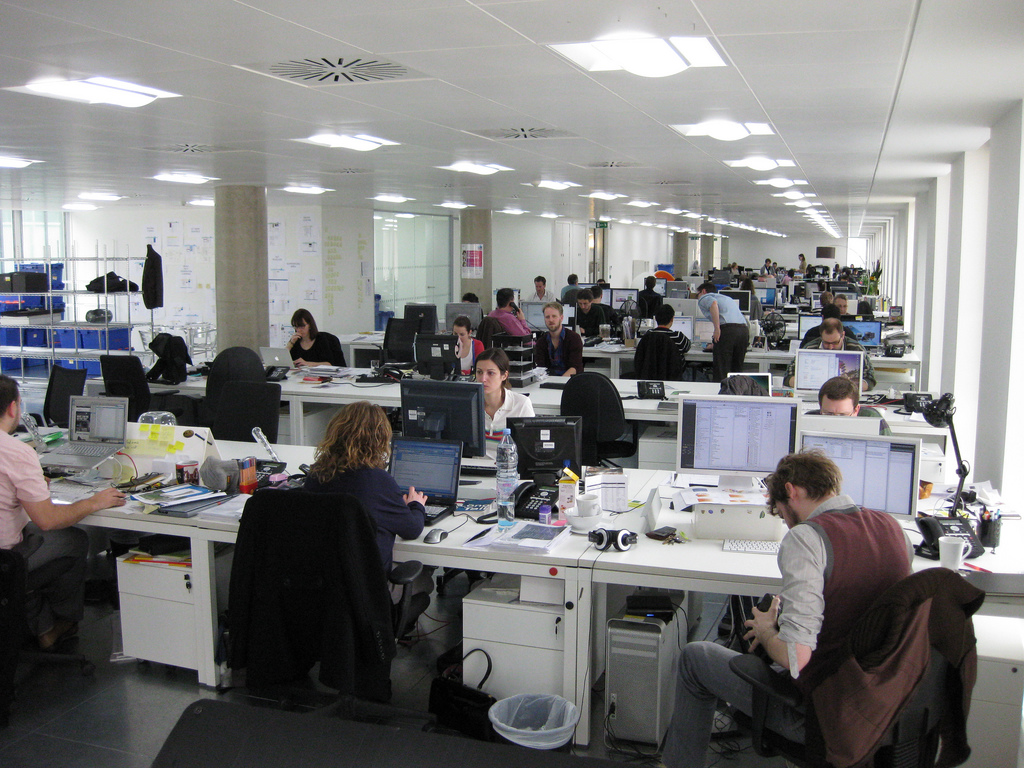 Throughout my work history I’ve studied some of the things people say that don’t necessarily help them get what they want. Here are my top ten things you should avoid saying at work.

We’ve all done it. You volunteer to do something you really don’t want to do. Fine if you want to take responsibility. But if you don’t, then don’t put yourself forward.

‘Leave it with me’

That’s nearly as bad. You’ve just added another task to your list. Instead, try saying what you think needs to happen and who – in your opinion – should be responsible for leading it.

Do you mean yes, or do you mean no? It’s just not clear. It’s perfectly all right to assert yourself, provided you do it in a professional way, and it’s easier to get respect from your peers if they know what you believe in.

‘With all due respect…’

If ever a phrase meant the opposite of the words it contained, it’s this one. No respect at all, just a passive-aggressiveness.

Nobody wants to hear what you can’t do. Try saying something more constructive like ‘can we have another look at the timescale/budget/project team on that?’

Often, the words ‘no, but…’ could be replaced by ‘yes, and…’ Take the situation where a client is asking if your team can bring some work forward. You could say ‘no, we can’t with our current resources, but we can get some extra people in to expedite the project’, or you could say ‘yes, and we’ll get some extra people in to expedite it.’ They both mean the same thing, but one is positive.

‘This isn’t the right answer, but…’

These days, our jobs seem to change by the minute. We need to be and seem flexible. It’s all of our responsibility to help sort out any problem that our team is faced with.

‘Who is speaking?’
If you’re in a meeting or a conference call, make sure you know exactly who is who so you can keep track of who has said – and is saying – what. If I’m meeting people for the first time, I jot down their names and the positions they’re sitting in around the table in my notebook. It looks unprofessional if you don’t know who is talking, and really professional when you do.

If you lose your cool, you’ve already lost the argument. Count to ten, do breathing exercises, but don’t ever let the person you’re talking to see that you’ve lost control.

Communication is about control. If you can control yourself, you’ve got a much better chance of controlling your audience. And if you can control them, then you’re well on the way to getting what you want out of any given workplace situation. And here’s one phrase that we should all use more often: thank you.

Steve Purdy is the UK MD of Regus, the flexible workspace provider that has 300 business centres in the UK and 2000 across 104 countries.