1. Don’t launch in a country just as it enters the worst depression in its history

Back in 1996, when Charles Tyrwhitt was the 26th largest shirt retailer in Britain, founder Nick Wheeler and I decided on World Domination of the shirt market. Being former strategic management consultants, we had a plan so cunning that even Blackadder himself would have swooned.

It went like this: which country has lots of money, does mail order and loves British kit? America… er, no Japan. So Charles Tyrwhitt Japan was launched in November 1996 – just as the Nikkei collapsed.

Recognising we needed help on the ground we had a simple choice: do we use either a) the best mail order consultant in Japan or b) an Irish friend of a friend. Naturally, we opted for the latter – and then wondered why we lost £100,000 in six months.

3. Don’t change your entire supply chain just to go into a new market

We could not understand such an unmitigated disaster: our shirts were great quality, the prices unbeatable. It was just the Japanese – they were too damn short for our shirts! If in a new market they don’t like what you produce, it’s usually a hint: get out.

4. If you have to do business in France, ensure your French expert is not Belgian

Undaunted, we reverted back to our cunning plan, this time choosing somewhere a little closer to home: France. OK, so Lands’ End had just withdrawn their Gallic operation, but what did they know? Quite a lot as it turned out – media and list costs were extortionate and the delivery system abysmal.

However, this time we hired a French mail order expert. Problem solved? Not exactly. A quarter of our parcels failed to arrive in Paris. Eventually, a group of extremely well dressed Parisian postmen were arrested. And then we discovered our French expert was actually Belgian. Another £100,000 down the drain – but, boy, were we learning fast!

5. Do not repeat errors…

With remarkable self-confidence/utter stupidity, we dusted off the map and entered the German market. When a reputable German list manager offered me 20,000 names of ‘35-55 year-old wealthy businessmen who have bought shirts for more than 100 Deutschemarks each, by mail order,’

I thought I was onto a winner. The resulting 0.1 per cent response rate made me realise he may have been a tad economical with the truth. We ended up losing £1m in four years on customer acquisition.

6. …or mention the war in Germany

Our German brochure was almost identical to our UK one, though we’d cleverly left extra space for German copy – their words are roughly a third longer than ours. It was only when the brochure was printed that it dawned on us that perhaps the Spitfire cufflinks on the front cover might be inappropriate for a German audience. However, the Germans really do have a sense of humour. We sold 60 pairs in that one book – a lot for us in those days.

7. Do not play a foreign market

Amazingly, the German business started to take off. Nick and I had a strong hunch, based on our expert knowledge of foreign markets, that the Deutschemark was about to strengthen. Our 1m DMs would soon be worth £300,000 not £250,000 and then we’d convert them back to sterling. However, sterling promptly went on a bull run that lasted pretty much until the day we finally converted our Deutschemarks; we got £225,000 in the end. Which is probably why we’re not FEX dealers.

Around 2003, we decided to launch in the US. With a team of brilliant local experts? Nope. By ourselves, yet again. (I finally learned my lesson taking Cath Kidston into Japan, once we’d found the right Japanese partner).

9. When opening retail stores in the US, avoid locations where customers are about to lose their jobs

At first we had some moderate success in the US, but then we opened two stores in New York – one on the ground floor of the Bear Stearns building, the other at the Lehman Bros head office. It could have been worse; at least the deal on the Merrill Lynch building fell through.

10. Don’t go abroad until you’re sure you’ve squeezed everything out of your UK business

Eventually we managed to make the multichannel model work in the US and Charles Tyrwhitt now has a good business in Germany too. But my biggest tip on international expansion, which I took on to Cath Kidston and Joe Browns, is deciding what NOT to do.

So when someone at a board meeting asks ‘Should we do international?’ say no the first nine times. On the tenth, ring an expert, make a detailed plan and file it at the bottom of your in-tray – until you run out of ideas in the UK. If you think it’s hard here, just wait until you get abroad.

Peter Higgins and Nick Wheeler were management consultants at Bain & Company, before Higgins joined Wheeler at Charles Tyrwhitt in 1990. He stepped down as CEO in 2005 and became chairman at Cath Kidston, taking its profits from £250,000 to £12.5m during his five years at the home furnishings brand. He is currently a director at Charles Tyrwhitt, fashion etailer Joe Browns and German clothing company Schneider. 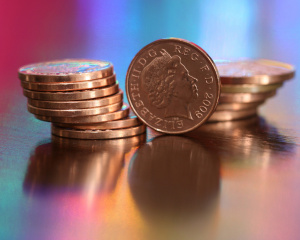