We’ve compiled a list of ten business leaders who lead their companies through particularly trialling times, or were at the helm during an extraordinary success.

Although Nute’s actions as head of the intergalactic shipping corporation, the Trade Federation, lead to its dissolution, he was manipulated by a literally supernatural presence, the Order of the Sith. Nevertheless, Nute figures on the list as a man who attempted to steer the conglomerate through oppressive taxation laws which the Galactic Senate attempted to impose as the events of the Stars Wars I film unfolded.

Calrissian, who was the Baron of Cloud City during the original film trilogy, went on after the conclusion of the films to found the weapons design and supply firm Tendrando arms. The firm’s first product, the YVH 1 droid, was supplied to the New Galactic Republic and was devastatingly effective in a war against the Yuuzhan Vong. The product’s success cemented Tendrando as a superior arms supplier.

Weyland Industries was a prominent company during its founder’s lifetime (Weyland died in 2004), but by the year 2089 it had an £1.89bn operating profit. It is the legacy of the company that matters. Weyland died of cancer in 2004, however after his company joined with the Japanese firm Yutani, it summarily became one of the largest corporations in the world – sometimes dubbed ‘The Company’ – with the often clandestine operation of researching methods of extending human life; inspired by its founders battle with cancer.

Montogormery Burns, known as ‘Mr. Burns’, remains an active businessman though at an estimated age of 124, embarking on projects grand on scale, like blotting out the sun in his local town to increase power usage, increasing revenue for his nuclear plant. Burns has lost his business many times, which centres around the power plant, and fallen into absolute ruin – only through exceptional business acumen to regain his previous wealth.

Wernstrom (a possible surname which has not been confirmed) founded Momcorp, which she operates as a multi-product conglomerate. The almost century-old company (Wernstrom herself is 148) has had a number of landmark successes, including the popularisation of consumer robotics and an innovation in spaceship fuel, dark matter, which provided her complete control of that segment of the market. She retains 99.7 per cent ownership of her company, and owns a trademark over the word ‘Mom’ and ‘Love’.

Job: CEO
Company: Monsters Incorporated
(Monsters Incorporated)
Monsters incorporated has been a family business for over three generations, and was founded during an energy crisis. The company’s innovative technology relies on the cries of human children to provide much-needed energy. Sulley, one of the top scarers, only becomes CEO after previous boss Waternoose is arrested. Under his care, the company policy changes to obtain children’s laughter instead, something that ended up extracting more energy than was previous. 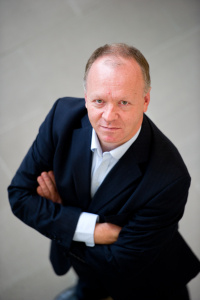 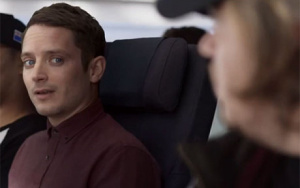