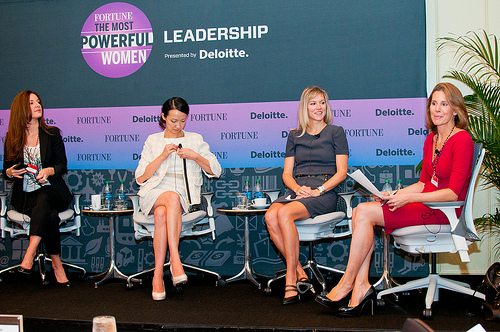 But who are the ones to have pushed this year’s boundaries of finance and technology and make it onto Forbes’ top?

Baldwin headed Goldman’s European consumer and retail equity research before becoming the director of Goldman’s European research management team and serving on the investment review committee. The 29 year-old is known for her knowledge of the global luxury goods industry.

The Harvard Businesses School graduate is one of Warren Buffett’s most trusted advisers and chairman of Berkshire subsidiaries, where she oversees more than 10.000 employees with combined sales over $4bn.

At the age of 29, McLaughlin is the Vice president of JPM, managing a $2.7bn book of business as wealth manager for real estate moguls and their families.

Before emerging as a rising software engineer for Pinterest, Chou turned down an offer from Facebook to become a second engineer working for the company Quora. After graduating from Stanford, she interned at both Facebook and Google.

Falter is the founder of Poptip, a company launched in 2012 which analyses social conversation through real-time polls. Poptip now works with big broadcasters and brands, including NBA and NFL.

The co-founder of Revel Systems, Falzone helped create an iPad point of sale system used by chains such as Popeyes or Caesars. In 2013, Revel raised a staggering $10m.

Alongside her brother James, Alexa Hirschfeld launched the company in 2009 to allow people to design their own stationery. Paperless Post is used by over 40m people.

Meyer and Sow cofounded Tech LadyMafia, a membership group and list-serv for women in technology to discuss projects, tips and accomplishments. More powerful women will hit the stage at the London Marriott Hotel, Grosvenor Square on June 12, 2014 for the First Women Awards 2014. Image source