The government backing will help commercialise and unlock the potential of the R&D projects, which cover innovations including 3D printing, electric vehicles and drones.

As part of the R&D projects announcement, it was revealed professor Mark Walport will be named chief executive designation of UK Research and Innovation (UKRI) to ensure the body plays a key industrial strategy role.

Since 2013, Walport has been the government chief scientific adviser (GCSA) and head of the Government Office for Science.

Science minister Jo Johnson called Walport’s new R&D projects post a “pivotal role”. His hope is that Walport will make the UKRI “a major voice for UK research and innovation”.

Walport said: “I am honoured to be appointed as the first Chief Executive of UK Research and Innovation (UKRI). My ambition is to make UKRI the world’s leading research and innovation public funding agency.”

If approved in parliament, the UKRI will be deemed a single body that connects seven research councils, Innovate UK and the Higher Education Funding Council for England’s research facilities.

“Research and innovation has a proven track record of helping drive our economy, while preparing us for the future and creating new products, services and better ways of doing business. For these reasons, science, research and innovation are at the heart of our Industrial Strategy,” said business and energy secretary Greg Clark.

“Our increased investment of £4.7 billion in research and development funding by 2021 and funding for cutting-edge industries and companies will put the UK and British business at the forefront of global innovation and cement our status as a world-leader in science and research.”

Additional government backing has seen a Local Growth fund boost. Local Enterprise partnerships (LEPs) in London and the South East of England will secure £492m and the East of England LEPs will receive £151m. 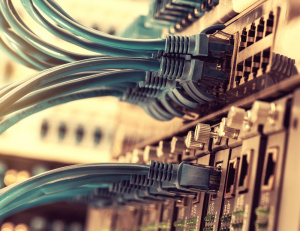 The dress code dilemma: Advice for employers and employees