The government has on several occasions professed its determination to build an economy that works for everyone. This sentiment was dredged up by business minister Margot James in August 2016 after publishing the largest list of minimum wage offenders – the largest until now.

Beating the once record list of 200 employers, 360 bosses found themselves named and shamed by the Department for Business, Energy and Industrial Strategy. Those named underpaid 15,520 workers a total of £995,233, leading to HMRC issuing penalties worth £800,000. But there’s a twist to the list. As explained by James, it includes employers who failed to pay eligible workers the new National Living Wage rate of £7.20.

Of this, James said: “Every worker in the UK is entitled to both NMW and National Living Wage. That is why we have named and shamed over 350 employers – to send a clear message that minimum wage abuses will not go unpunished.”

While the majority of such lists are compiled of smaller firms, every so often the government catches a ‘big fish’. August 2016 saw Subway and football clubs Brighton & Hove Albion and Blackpool FC shamed. In 2015, H&M was fined £2,604.87, and later that year Conde Nast, Foot Locker and French Connection were also caught by HMRC.

Being no different, the current list provides a high-profile case – Debenhams, which failed to pay £134,894.83 to 11,858 workers. Of course, the retail chain suggested a technical error in its payroll calculations was to blame, which led to staff being underpaid by £10.

It isn’t the first time Debenhams was criticised for the way it treated staff. In 2014, it was discovered that the retail store didn’t have a living wage benchmark. At the time, a spokesperson claimed Debenhams had a strategy in place to “work towards a realistic living wage being paid”.

Its endeavours don’t seem to have paid off.

According to ELAS employment law consultant Emma O’Leary, the government is investigating a further 1,500 cases, which suggests that come bosses still don’t understand they are liable to pay minimum wage.

“There are a large number of employers listed that failed to pay NMW to only one worker, so it seems quite harsh to name and shame something that may have been an administrative error,” she explained. “Some companies, however, are blatantly not so innocent especially when you see one of the biggest national retailers, Debenhams, topping the list.

“The problem employers on this list have now is not only do they have to repay the arrears of wages owed and face potential reputational damage but they could also face financial penalties of up to £20,000 per worker. Bottom line? Pay the National Minimum Wage to every worker or employee as ultimately they will catch up with you.” 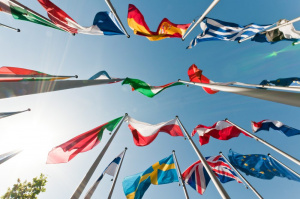 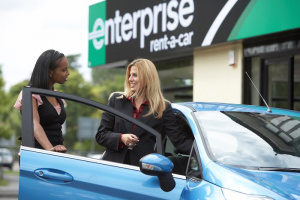