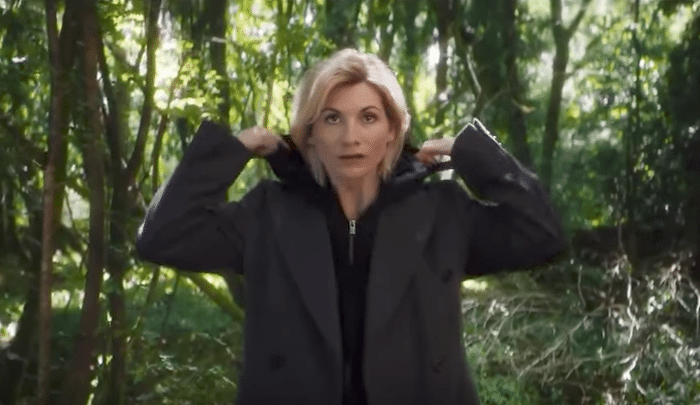 Share via
Mere days ago, Wonder Woman was being praised for taking charge in a franchise otherwise known for its strong male characters. So?why hasn’t the 13th Time Lord been met with similar regard In a Real Business article, Regina Moran, VP and head of industry consulting and software solutions at Fujitsu, wrote: ?Whilst young boys have grown up alongside the likes of Superman and Batman, in previous years, TV and film have infamously failed to provide a suitable equivalent for girls and young women. ?With the arrival of Wonder Woman, Katniss from the Hunger Games trilogy and Alicia Florrick from the Good Wife series to name a few shining a beacon of hope for women across the globe, we re definitely making strides in the right direction.” But even this good news was clouded by what Moran deemed “a sensitive topic of conversation” the gender pay gap. She explained:?A misinformed tweet saw talkAbout Gal Gadot’s $300,000 pay cheque spiral out of control. Without proper verification, the news of Wonder Woman’s wagescompared to her Man of Steel counterpart Henry Cavill’s whooping $14m package broke the internet.” It’s this very gap that was focused on by those who managed to?wrap their heads around the fact thatthe Time Lord was now a woman?” Broadchurch actress Jodie Whittaker. Many thought the recent BBC report revealing staff earning over £150,000 had a part to play in the decision.

Given the mixed reaction of fans, we canvassed the business landscape to see whether or not Whittaker’s appointment, or the surrounding conversation, had been received as a reminder on equality. Hannah Patel, director?of commercial developmentAt?Red Lorry Yellow Lorry “Just because they select a female Dr Who which, by the way I think is a gimmick to increase ratings does it mean that all the women who are paid less than their male counterparts, also suddenly get a pay rise No. Indeed, it was?’news’?that she was getting equal pay. It shouldn?t be. “So it sends a message that people can be appeased easily with some strategic representation in prominent roles, but sadly it looks like equality is, and will continue to be, too expensive for large businesses. “So although it will remain on top of the PR agenda, it’s still not, and won’t really be, at the top of most businesses commercial agenda for a long time.” Kate Gardner, partner and specialist in employment and HR at Clarke Willmott “Whittaker starring as the first female Time Lord has triggered numerous comments, both negative and positive. While it is important for this conversation to be happening on a national scale it can be said that those criticising the appointment of a female doctor are just like the directors of FTSE100 companies who are fighting to keep the glass ceiling in place. “There are several ongoing debates when it comes to equality in employment including whether there should be positive discrimination in the workplace to appoint more female senior executives. But perhaps it is more relevant to look at all employers current legal obligations in relation to the appointment of women and equal rights for their workforce. “Staff have a right not to be treated less favourably because of their sex. Sex discrimination legislation has been with us since 1974. More recently the Equality Act 2010 brought together all UK anti-discrimination laws. Notoriously complex, these regulations include ‘direct’ and ‘indirect’ discrimination. Both are unlawful. Direct discrimination can be obvious, for example a policy not to appoint a female partner, director (or Time Lord). “Indirect discrimination is less so, for example, following a policy that adversely affects more women then men, such as a rule that all directors have to be six feet tall; this is a criteria that more men than women can meet. So beware policies that may reflect an underlying culture of male superiority.” Continue reading for more opinion on Whittaker as Time Lord