Sir Richard Branson is Britain’s greatest business success story and can teach us a lot about reaching success and learning from failure, accepting your own drawbacks and understanding the true difference between an entrepreneur and a businessman.

1. Don’t let schooling or the lack of it lessen your belief in yourself

Branson is known to have had a disaster of a school career, nearly dropping out altogether. I heard Charles Johnston of Car Phone Warehouse saying something similar of himself and going on to point out just how many successful entrepreneurs this applies to.

2. On the same basis: dyslexia is no drawback to the entrepreneur

Richard Branson is among many success stories who have learned to rise up above this particular detriment.

3. Start off in what you know

This general adage taught by business schools tends to be a good one when not confused with sticking to what you know. Sir Richard brainstormed the mail order record business that was to become Virgin Records while living in a music orientated commune.

4. If something works, repeat it

After shooting Mike Oldfield, Tubular Bells and Virgin in into a mega success story, Branson went on to discover and back other similar success stories with Genesis, The Stones and the Sex Pistols, to name but two.

5. Just when everything seems unassailable, it can still go wrong

After skyrocketing success in 1992, Virgin Records had to be sold to Thorn EMI. Other failures include Virgin Cola, Virgin Cosmetics and Virgin Brides.

6. A failure isn’t the end of the story

Soon after Virgin Records was sold, Branson founded Virgin Radio and later V2, a second record company with successes such as Tom Jones. Only yesterday, it was announced that more than 40 years later, he is thinking of buying back the original Virgin label.

Branson’s interests include airlines, trains, holidays, mobile phones, media, the internet, financial services and health care. When the first plane was leased in 1984, many thought it mad. How wrong they were. Today, unimaginable figures are produced by Virgin – it is mind boggling to think that in the space of three years (2000-2003) they have created three different, brand new billion dollar companies, in three different countries, completely from scratch. Or that they currently hold more than 200 companies in 34 different countries. Virgin attribute the sustainability of their success to this diversity as their risks are spread, not to mention Sir Richard’s well known ability to spot a gap in the market.

8. Stick with the big picture – running a business should not mean you are an administrator

Branson is self-admittedly all about ideas and doesn’t think much about numbers of fine detail. In fact, he doesn’t sit on the board of any of the Virgin Group companies. That really is the ultimate entrepreneur v businessman.

Virgin and Branson himself are very strong on a wide variety of support: they invest in renewable energy with their Green Fund, support research with the Virgin Earth Challenge, encourage entrepreneurial approaches to social and environmental issues with Virgin Unite. They say a core part of their business is believing that business should be for the greater good – and how nice to see a bit of morality winning out in the world of business.

10. The brand is everything and it needs to stay true to you – and who does that better than Virgin. No other brand has that amount of global power

So strong is the brand that many of their companies are little more than brand liscencing agreements – but carefully scrutinized and making them plenty of money. A great deal of it is down to Sir Richard himself. The image is all about fun, great service, innovation, being cool, quality, and that magic, people-orientated touch that comes straight from his own personality.

11. Love what you do, enjoy your success

Branson loves what he does – despite the odd failure. A great deal of this stems from his genuine passion to improve life in every way, from good design to sustainability.

He clearly still loves and is passionate about what he does, and is Britain’s greatest business success story. 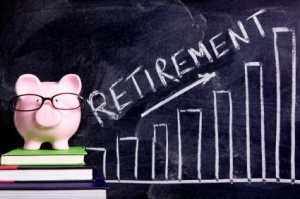 Employers, are you ready for the new pensions scheme? 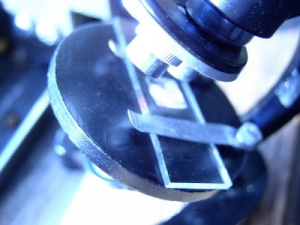