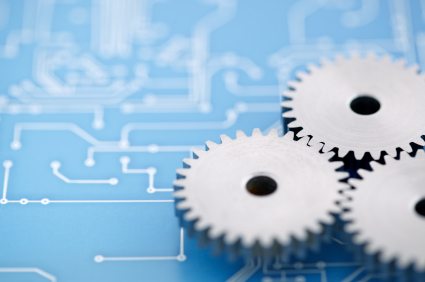 Growth prospects amongst English manufacturing SMEs is at a twelve month high according to the latest Manufacturing Advisory Service (MAS) Barometer, which reveals nearly two thirds (64 per cent) of companies questioned are expecting to increase sales over the next six months.

There was equally positive news on recent performance, with 47 per cent of the 700 firms who responded reporting a rise in sales turnover, whilst 93 per cent of manufacturers are looking to take staff on or keep workforce levels the same.  Appetite for investment has also seen an upturn, with 39 per cent planning to boost spending on new technologies and 48 per cent intending to invest in new machinery and premises ? both four per cent up on the same period last year. This overwhelming optimism is present despite a host of on-going barriers causing SME manufacturers to turn down new opportunities. More than half of firms quoted poor profit margins as the main issue, followed by an inability to meet lead times and design specification. Business and energy minister, Michael Fallon said: ?We have a strong manufacturing base here in the UK. As we see through the latest MAS Barometer, business confidence is on the rise, particularly amongst SMEs, indicating that manufacturers are becoming more optimistic about their future growth plans. ?The report also indicates that challenges remain for manufacturers. MAS works with businesses to maximise their efficiency, reduce waste and grasp new commercial opportunities ? all key drivers for growth. I would encourage SMEs seeking to improve their operations and increase their bottom line to contact their local MAS.? The second MAS Barometer of 2013 collected responses from 700 manufacturing SMEs across England. Lorraine Holmes, area director for MAS in the North and West, explained: ?If you compare findings with the similar period in 2012, you will see that firms are a lot more optimistic, with most key performance responses measured showing positive improvements. ?There appears to be a greater appetite from SMEs for investment in order to remain competitive and I think we are also seeing a desire to create jobs to meet expected demand.? She went on to add: ?The barriers to new opportunities are also interesting. Poor profit margins and lead times both paint a potential picture of unrealistic customer expectations and it appears that manufacturers are favouring a more pragmatic approach to taking work on. ?An inability to meet design specification and issues with equipment capability were also quoted as possible barriers and this could underline the renewed desire for investment in new machinery and technology.? The quarterly special focus concentrated on identifying barriers preventing companies taking on new orders and the impact this is having on business performance. 65 per cent of respondents said that the missed opportunities could have increased turnover by up to 20 per cent, with 56 per cent of firms reporting that a quarter of enquiries were from new customers. Nigel Jump, chief economist at Strategic Economics, commented on the findings: ?The UK economy remains difficult. According to the latest GDP release, aggregate manufacturing had a weak first quarter, with output still some 10 per cent below its pre-downturn peak. ?However, the latest MAS Barometer is more positive. Enquiry levels and turnover among SMEs are better than in the previous survey and, on virtually all measures, the report?s trends have turned upwards from the same period six months ago. It points to wider recovery and reduction in barriers to growth this summer.? MAS, which is funded by the Department for Business, Innovation and Skills (BIS), works for manufacturers and through experienced advisors can help shape strategy, create new products, reduce waste and review supply chains.