When purchasing a product, do you assume it to be safe? We expect companies – and the regulatory system – to ensure all products are vigorously tested for safety and sanitation before being sent to the stores. But unfortunately, this trust isn’t always justified.

The continuing history of the product recall proves that unsafe or unsanitary products have a canny ability of slipping through the cracks. When that happens, you could find yourself bitten by spiders or chewing on plastic.

It’s a problem that keeps CEOs and engineers up at night: a massive product recall. It takes customers a good long time to forget a company’s mistake. We trusted them, didn’t we?

Some of Britain’s most favoured products were involved in the horsemeat scandal and as a result, a staggering amount of Briton’s have adapted to a cautious lifestyle that restricts their beef intake.

But Findus’s horse-beef lasagne is not the only absurd product recall we have come across.

Here are 12 product recalls that will make you pause before making your next purchase:

One of the biggest eye-care firms in the world has made a huge manufacturing blunder. Nearly 36,000 bottles of prescription eyedrops – used as a local anaesthetic for eye operations – were part of a voluntary product recall when “black particles [had] been identified in some packs.” Astonishingly, it turned out to be printer ink. In a letter sent to hospitals, they were asked to immediately “quarantine” the affected batches.

Although the overly popular body lotion caused no one any serious harm, the product recall was issued due to the tube containing an incorrect formulation. The product posed a chemical risk as a body wash product was accidentally packaged into tubes of body lotion. The intended use for the body lotion was to leave it in contact with the skin without rinsing, where the body wash product within the packaging was supposed to be washed off immediately.

If it had not been for a horticulturist in Cornwall, we might all be wearing bracelets decorated with lethal tropical seeds. Make sure not to bite this Peru delicacy on a string as they are, indeed, poisonous – even small amounts can be fatal. There is said to be no known antidote and among the jewellers who have tried, some have died merely trying to bore holes through the seeds. All products containing these seeds were instantly taken off the market.

Colgate had to recall its Periogaurd mouthwash from 12 countries due to the presence of Burkholderis bacteria. Those suffering weak immune systems or chronic lung conditions such as cystic fibrosis, were more susceptible to any incurring infections. The mouthwash was mainly used after gum surgery or to treat conditions such as severe gingivitis and was distributed through retailers, pharmacies, dental surgeries and hospitals.

Hovis had to recall thousands of loaves when glass was found in its Hearty Oats product. It proved to be a devastating blow as the company had just launched a campaign for the healthy benefits of said loaf. It was later found that the “likely source” for the glass had been identified as refurbishment work on a storage silo. Not a good start considering a mouse was found in a Hovis Best of Both loaf only two months later.

Kellogg’s pulled 2.8m packages of frosted mini-wheats bite-size and mini-wheatsunfrosted bite size from the shelves after finding pieces of metal mesh among their already crunchy treats. Not exactly the breakfast of champions. Kellogg’s blamed the contamination on a faulty manufacturing part. Thankfully, no injuries were reported from the overenthusiastic iron enrichment. 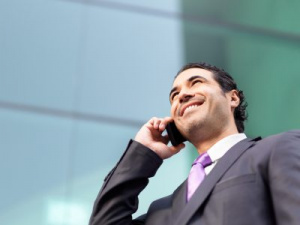 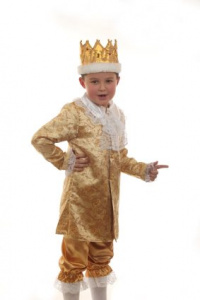 Age discrimination played no part in history, why should it now?