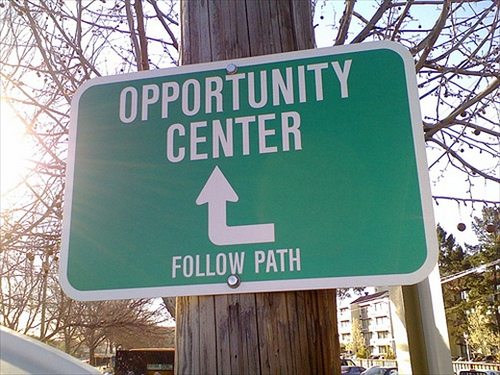 Journalists who compile wish-list features, consumer best-buys, Tried and Tested slots and gift-guides WANT information in a press release format that’s easy to digest – the stockist, the retail price, the USP, a nice pictorial… but there’s also lots of things that journalists DON’T want to see in a release.

I’m certainly no authority on the subject but I have indeed worked as a journalist in a previous life, and was bombarded by press releases from over-zealous PR consultants. They’d flood the inbox and there were hundreds on a daily basis to sift through. So, when you’ve been on the receiving end of them, and you’re well acquainted with composing them too, it establishes an interesting perspective. Here’s my take on the Dos and Don’ts when it comes to scribing an effective, high-impact press release:

1. Cultivate relationships with people in the media

Once you establish a relationship with a journalist, you learn how they communicate, what stories they go for and how they’re wired. They may be concise, they may be terse, they may be super friendly. Tailor your press release to accommodate their personalities. If you’re getting in touch with a journalist for the first time, by all means keep it polite, but don’t overkill the superlatives or over-inflate the niceties. Bombastic approaches don’t always go down well.

What are you offering them that’s special and new? Why exactly should they grant your story a place in their competitive editorial environment? Does your story have news value? Your key points, the USP, the editorial hook, the new angle, must be delineated in the release’s opening statement.

Why should a journalist feel obligated to open an email that reads “interview opportunity” when there’s hundreds of other stories in his inbox that are seemingly way more arresting and engaging. Ensure your subject header is enticing and compelling so it stands out from the rest of the crowd.

4. There’s nothing more frustrating for a journalist than receiving a press release from a PR who clearly doesn’t understand the editorial agenda and ‘voice’ of the publication

Give your contact a story that 100 per cent correlates with their remit and the spirit of the media avenue they’re working for. Is your press release a marriage made in heaven for a particular profile opportunity slot or product placement set piece feature? If so, state it, and flaunt the fact that you understand the platform’s readership / viewership / listenership. Review publications to get a feel for the tone and style. If an editor feels as though you have clearly never made the effort to have a look at their title before on merit of the story you’ve just pitched to them, they’re not incentivised to take you very seriously moving forward. Remember – the most important thing to think about when writing a press release is the target audience it is intended for.

5. Get right to the point in the first paragraph

With an evolving media landscape, lots of journalists are progressively going down the freelance route, and newsrooms and features desks are largely operating at skeleton crew capacity these days. Reporters are busy people and you’ve got to reel them in with your first paragraph. Make your key point swiftly, the paragraphs that ensue should be for supporting information.

6. Make sure you thoroughly check your press release

If you’re claiming to be the voice box for your client, the bridge between the media and the court of public opinion, then poor grammar, clumsy packaging and terrible spelling are not going to encourage a reporter to take you seriously.

7. It’s not good form to send out identical stories in a blanket email approach

Journalists would like to think that you’re giving them something fresh, so CCing in lots of people or doing the rounds with the same story isn’t going to win you any brownie points. You need to make them feel special.

8. Make every effort to send it to them when you know that time is on their side

Learn when the publications you’re pitching to are on deadline day and try not to chase a journalist when they’re busy filing copy.

9. The length of your press statement also needs to be taken into careful consideration

I’ve attended many Gorkana briefings in the past where members of the press discuss the publications they write for with PRs. The most common pet PR hates from editors that I’ve picked up on always relate to press release length. They don’t have time to read vast reams of text so do try and make sure your press releases aren’t too long. Writing ‘please see attached’ in a blank email and bolting on your press release is also not advised. Attachments can often get missed and this approach is in my opinion, lazy PR – instead, tailor a punchy email that assimilates all the salient top lines from your press release. If you’re using photos to support the release – often a prerequisite when it comes to product placement – then make sure your pictorial is compressed in size for suitable email transit. 10MB high resolution pics are going to crash inboxes and not endear you to journalists!

This should be done both by way of a telephone number and email address! Sounds like a daft concept to reiterate, but this really is a common omission that prevents the journalist from advancing their interest.

11. If the intention of your press release is to put a client forward for interview, make sure you don’t quote somebody who isn’t actually available to talk

Moreover, make sure that to the best of your ability, you know your client’s schedule and movements when putting them forward for an interview. If there’s bite, you want to get the slot booked in as soon as possible before someone else is snapped up for interview.

12. Don’t send out a release the day before you go on holiday otherwise the whole thing is an exercise in futility

After all, who is the journalist supposed to follow up with? Most publicists will agree that everyone in the industry has their own style and that there isn’t a definitive right or wrong approach when it comes to scribing a press release. But following the suggestions and points above should definitely stand you in good stead. Who are the key players, who does your news affect? What is new, why is this news, where is your news taking place and when? Consider all these points and I think you’re onto a winner! Andrew Michael is a Senior Talent Publicist at PHA Media, an award-winning PR and digital agency in London.  Image Source