Silicon Valley Comes to the UK has tied up with the Mayor’s International Business Programme for the campaign to take 15 British female founders to the US, with both initiatives running out of Sadiq Khan’s London & Partners promotional department.

An invite-only event initiative, Silicon Valley Comes to the UK was launched in 2006 by LinkedIn co-founder Reid Hoffman alongside investors and entrepreneurs Sherry Coutu and Ellen Levy.

The British female founders representing their companies are achieving business growth of 115 per cent annually on average. Together, the bosses will visit Silicon Valley on 19 June and meet US founders to discuss topics including generating customers in the Bay area, securing investment and scaling overseas.

The Silicon Valley Comes to the UK focus on British female founders comes on the back of research from Founders4Schools revealing that women-led businesses contributed £3bn to the UK economy over the past year.

Findings also revealed British female founders are developing truly powerful enterprises, as there are 871 UK companies led by women that are growing at a median rate of 28 per cent annually, with turnover of up to £250m.

This builds on Facebook’s She Means Business programme, which aims to encourage the 2.7m in the UK that want to start their own companies, in partnership with the Federation of Small Businesses (FSB) and the British Chambers of Commerce.

Indeed, if just a fifth of those realised their ambitions, the UK economy would benefit from a £10.1bn boost, according to Facebook.

“The female founders travelling with us represent some of London’s most exciting tech companies and demonstrate the diversity of the capital’s tech sector,” said Janet Coyle, principal adviser on Growth and MD SVC2UK at London & Partners.

“This unique experience will showcase the best of London’s tech talent on a global stage, while providing companies with the partnerships and the support needed to scale up. I look forward to seeing what this network of female entrepreneurs will achieve in the years to come, and I hope this visit helps them along the way.”

The Silicon Valley Comes to the UK trade mission will run over a three-day period, led by London & Partners chairman and deputy London mayor for business Rajesh Agrawal, Coutu and Coyle. The British female founders on board will have access to senior tech executives, clients, investors and partners during the trip.

Some of the fast-growth companies heading to the US include proptech business Settled, neighbourhood network OLIO and family-centric health service Raremark.

The full 15 companies attending include:

“In strengthening connections between London and Silicon Valley, our opportunities become more and more global,” said Gemma Young, CEO and founder of Settled.

Agrawal added: “London is one of the world’s most successful tech ecosystems, and shares many strengths with Silicon Valley: Creativity, innovation, entrepreneurship. These female tech pioneers personify these qualities.

“I look forward to helping them maximise their investment and networking opportunities in North America, contributing to London’s economic prosperity.” 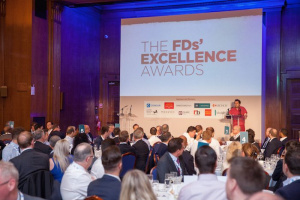 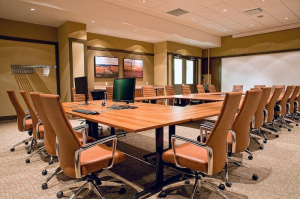