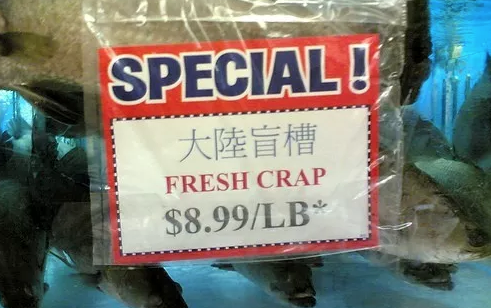 Share via
English words that dont work well in Dutch English word: Bill
Dutch interpretation: The mans name Bill sounds like the Dutch word bil,” which means bum or buttocks. Therefore, if your name is Bill, and you use it in your branding, it might inadvertently raise a few sniggers amongst Dutch customers. English word: Cut
Dutch interpretation: Whatever you do, dont set-up a business and use the word cuts in the name and take it over to the Netherlands: in Dutch it sounds like the slang term c*nt. Cut is similar to kut,” which is the c word in the Netherlands. English word: Lager
Dutch translation: The word lager will cause most English speakers think of beer; however, in Dutch the word lager translates to lower or storage . Marketing lager to the Dutch might be problematic if they think you’re selling storage. English words that dont work well in Italian English word: Tremendous
Italian interpretation: Be careful when translating your brand message about tremendous savings into Italian or Spanish it could be interpreted as horrific or awfully poor savings. In Italian the word tremendo means terrible. And, at all costs, avoid ill-considered alliterations when using your own name. For example, Toms Tremendous Tupperware will call-to-mind amongst Italians or Spaniards Atrocious Tupperware by Tom.
General European language blunders with English words English word: Preservative
Interpretation: Be careful when using the term preservative, as in jam, when marketing to Continental Europeans. Your brand promise of homemade preservatives might be interpreted to mean that you’re peddling homemade condoms in Spain, Italy, France, Germany, and many other European Countries. English words that don’t work well in Norwegian English word: Fitter Interpretation: Fitte is a vulgar Norwegian word to describe a womans intimate parts. So a business promising to help you get fit might well raise eyebrows in Norway.