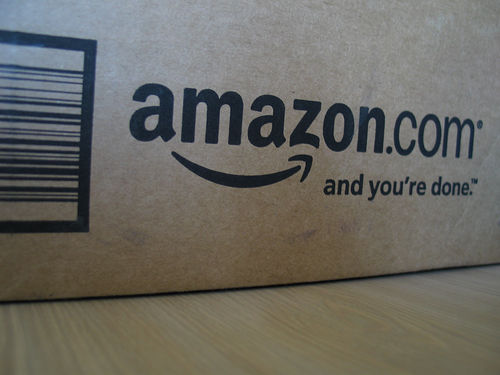 1. Before its launch Amazon.com was set to be called ‘Cadabra,’, but CEO Jeff Bezos immediately changed the name after his lawyer misheard the word as ‘cadaver.’ They then registered the name ‘Relentless’, before finally choosing Amazon. In fact, if you type in relentless.com, you immediately get redirected to Amazon.

2. The Kindle was almost named after Fiona, a character in Neal Stephenson’s ‘The Diamond Age.’ The team loved the idea as Fiona possesses a book-like machine that contains all libraries and human knowledge. But Bezos preferred Kindle. 3. All Amazon employees spend two days every two years working at the customer service desk. This means that your call could be picked up by Bezos himself. 4. Greg Linden, a former employee, explained that some of Amazon’s first desks were created from doors – “the quintessential example of Amazon’s frugality.” He said: “Buy a wooden door, preferably a hollow core wooden door with no holes predrilled. Saw a couple 4″ x 4” x 6′ pillars in half. Bolt them to the door with a couple of scary looking angle brackets. Put it in front of a programmer. 5. Bezos is famous for his ’empty chair’ concept. He would bring an empty chair into meetings so that employees would be forced to think about the customer. Now, trained employees dubbed customer experience bar raisers fill the chair. 6. According to ‘The Everything Store,’ written by Bezos, in the early days of the company a bell would be rung every time someone made a purchase. 7. Amazon holds a patent on 1-Click buying and licenses it to Apple. 8. Amazingly, the company once listed a book for $23,698,655.93, with a shipping cost of $3.99. What’s more, someone actually tried to buy it but failed. Apparently the company and another Amazon store had set algorithms that would ensure their products were always priced at a slightly higher price… It quickly spiralled out of control. 9. In August 2013 the company went down for 40 minutes. During that time they lost $4.8m, a staggering $120,000 loss per minute. 10. Back in the days, Amazon was just an online bookstore. Image source By Shan Schutte