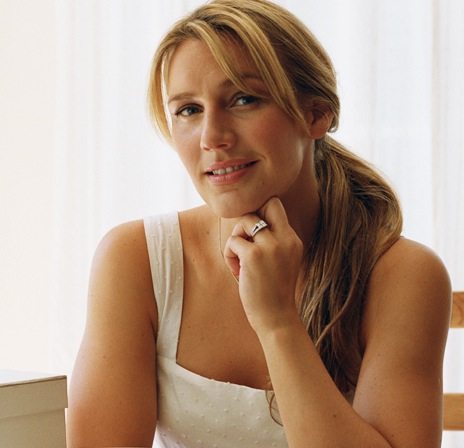 On rejecting a certain Margaret Roberts for a job in 1948, ICI’s personnel department reported: ?This woman is headstrong, obstinate and dangerously self-opinionated.? Later, as Margaret Thatcher, she went on to become Britain’s first, and still only, female prime minister.

Lady Thatcher divided opinion then, and she continues to do so today, perhaps especially among women. EU Commission vice-president Neelie Kroes said that she ?inspired me and a generation of women to see we could succeed and lead in politics.?  “Margaret Thatcher was an inspiration – she showed that women can not only survive in a man’s world, but also lead it. She was from an extraordinary era where, from nowhere, came five world leaders who were all female and Oxford educated,? says Sara Murray, chief executive of Buddi. “She wasn’t afraid to look those big company chairmen in the face and challenge them to do better, and a great leader can do this – male or female.” As we build towards the 2013 Women of the Future Summit on May 15, Real Business has compiled its list of 20 female entrepreneurs who are energising Britain.

Dr Kate Hersov is a young entrepreneur building a new global brand to communicate medicine to children. She was joint winner, with Nicola Elliott, of the Entrepreneur of the Future category at the Women of the Future Awards 2012. Medikidz is a global initiative set up by doctors to explain medical information to children. Hersov qualified as a doctor in 2004 after graduating from the University of Otago. Specialising mainly in Paediatrics, Emergency Medicine and Oncology, she also worked as a Medical Research Fellow at the Medical Research Institute of NZ. Kate authored a number of journal articles published across healthcare and pharmaceutical press, before alighting on the idea that could create a next generation that understands more than ever about medicine.

Nicola Elliott is one of the real movers and shakers in the luxury brand sector. A joint winner (with Kate Hersov) of Entrepreneur category at the Women of the Future Awards 2012, Elliott was an editor of InStyle and Glamour magazines before she founded cult beauty brand NEOM. NEOM makes organic luxury products, such as products for your bath, body and home that contain no parabens, petrochemicals or other nasties and instead use pure essential oils and organic ingredients. The brand has a cult celebrity following by now, including the likes of Kate Moss and Sienna Miller and is a regular favourite on the pages of Vogue and Elle.

Quietly, Mhairi McEwan is building a new global marketing specialist. Brand Learning was founded in 2000 by Andy Bird and McEwan. They are both highly experienced ex-Unilever/PepsiCo marketing executives and authors of ?The Growth Drivers?. Brand Learning has inspired the world?s leading companies to drive sustainable, profitable demand-led growth by transforming their organisational marketing capabilities. Mhairi and her team have pioneered a strategic, integrated and holistic approach to marketing capability development. Brand Learning was a finalist at the Real Business/CBI Growing Business Awards 2012.

Former Facebook European boss Joanna Shields is one of the big draws at this year’s Women of the Future Summit on May 15. She’ll be talking there about her role at Tech City, where she’s charged with creating a vibrant technology sector in and around London’s Silicon Roundabout. Shields should know about what it takes to build a UK tech movement: she’s also worked at Google and one-time social network wannabe, Bebo. Certainly, there are signs that UK’s technology sector is beginning to gain traction: AIM-listed WANdisco and Blur Group are performing well, and Moshi Monsters is a global brand success. More, please, Joanna…

Sara Murray OBE has a serious entrepreneurial track record under her belt: she founded the price comparison website confused.com and has gone on to develop buddi, a miniaturised tracking device for vulnerable people. Today buddi, a former Growing Business Awards winner, is on the brink of the big time by bringing tagging into wider public use. Murray is a member of the government?s Technology Strategy Board and accelerator Seedcamp; she also founded Ninah Consulting, which uses proprietary software to advise on marketing effectiveness, and sold it to Publicis Groupe.