At today’s CBI Business Summit being held in London, the issue of legacy has been addressed several times… and we’ve only just had the first coffee break!

One of the most interesting legacy plans for business that’s under consideration involves the CompeteFor website, which is the official site for Games-related contract opportunities.

The idea is that the website will be used by other government bodies who have contracts up for tender. Ian Barlow, chairman of the London Business Network, says the next step is to get Transport for London and the Metropolitan Police involved.

The vision is that all agencies will use the system in due course, he said, describing the initiative as a “classic example of the Games being a catalyst” for change in all areas.

It’s a good sign that the powers-that-be are concerned with London post-2012 but it’s also great that it addresses the problem of access to public procurement for smaller businesses.

The government tackled the issue in the Budget and while Sebastian Coe’s warning that the focus of the Olympics must be sport is fair, any more that can be done to improve access must be applauded. 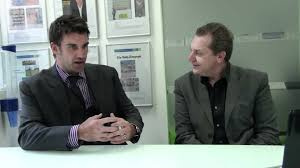