There’s nothing new under the sun: except the Internet. As we move into 2013, it’s beyond dispute that the web and social media have changed our lives and societies forever. We are hyper-connected; a fact that changed everything.

Like it or not, globalisation has reached a new peak. The masters of this new universe who wrestled the controls away from governments, have ditched us in a sea of debt. They expect the populace to bail themselves out of the wreckage, directed and marshalled by the governments they over-rode, so they can return to business (and bonus) as usual.

The world economy is in danger. While president Obama wrestles on the brink of the fiscal cliff, our eurocrats have grown used to rolling crisis throughout the euro zone -which is not so much under control as inured to the danger.

The devastation brought by super-storm Sandy this year is nothing compared to the first global financial super-storm; the first stages of which we are living through.

What comes next is up to… whom?

Tectonic though these forces are, they are not forces of nature. They can be controlled and directed. Truly global disaster can be averted, but not by business-as-usual, which is why we must draw a careful distinction.

Barely suppressed and palpable anger still remains with the banks and the bankers. Their status in society has never been so low. Where once a parent would have proudly glowed to relate their offspring to a rising star in Canary Wharf, now becomes worrying and an approaching admission of faulty parenting.

Now, bankers have told us that the time for recriminations is over. It galls me to say it, but they’re right. Now is the time for action. It’s time to put our anger to productive use and sidestep the banks to – as the CBI have so aptly put it – find a “new normal”.

The problem is not what the banks have done, but what they are doing, and not doing.

Put aside the sheer predatory self-interest allowing them to:

These bonuses are also at our expense. Leave aside the fast rising corp of the working poor and the responsibility they bear for this and more, having pillaged the economy.

It’s about what happens next and the clear expectancy that oodles of PR, and a few tussles with parliamentarians, will be enough to right perceptions, and so, their gravy boat. While we continue to wrangle with these discredited captain-sensibles of commerce, we waste both energy and our chances.

The answer lies in the future, not the past. The unthinkable has – and is – happening around and to us. UK PLC is being returned to Victorian times, with it’s poverty, greed, waste and squalor. It’s time to think the unthinkable and make banks, as we know them, irrelevant, putting those tectonic forces to work.

If the banks want business-as-usual and the governments are powerless to resist them, who can make change happen?

We can. Ask Starbucks. Ask those who were on the staff of News of the World. Was it the government that changed, or business-as-usual? No; it was the focussed anger of the hyper-connected crowd.

According to NESTA, 2013 will unleash a new wave of internet disruption around the world. It’s already happening and clearly measurable, in actual millions and projected billions, with a rate of growth that leaves previous disruptions in the dust. I call it Alt-Finance.

It offers a new alternative, a more democratic, co-operative way to save, lend and invest, with or without a bank. It’s a way to have a say in what gets funded, where the people – the market – can speak clearly and unequivocally in hopes to support, collaborate and exclude the agenda of the gatekeepers whose own enrichment is their first (and often only) priority.

This is a global phenomenon that will happen around the world and if we are to avert the worst threats of a global financial nuclear winter, we need to act and make the most of it as soon as humanly possible.

It will change our world and already forms the future. Now is the time to find out how and to understand how it will affect you, your family and your business. It’s time to learn and to act and combine your own protection and advancement with that of the rest of society. This is the future. 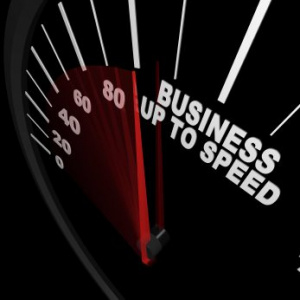 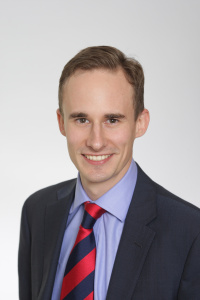