The granddaddy of all economic naivety examples from 2017 has to be Theresa May’s snap election campaign back in early summer. Her naivety was her belief that she alone was the key to trouncing the Corbynistas. Her experienced cabinet colleagues and many other Conservatives would be barely seen or heard, merely confined to tramping round their constituency doorsteps. The result was political carnage and she and us are condemned to keep living with the consequences.

That general election did throw up another highly significant example of naivety and cunning. I mean of course Jeremy Corbyn assuring student voters that his party would do away with their having to find the money for university education. Sadly most students are financially illiterate and protestations by Amber Rudd that there is “ no magic money tree” (a subject she probably knows something about, having had a father who was struck off as a company director) fell on deaf ears, with the result that many key constituencies in England swung to Labour. It is amusing to note that in Scotland, where university education is free, the Tories did very well indeed.

Amazingly the economic naivety over student fees and the ensuing debt rolls on and on. The most stunning example of this occurred last month when David “two-brains” Willetts, the former university minister who orchestrated raising tuition fees to £9,000 a year, said that he never envisaged inflation would hit three per cent when devising the mechanism (RPI plus three per cent) used to calculate the interest rate applied to student debt, now running at 6.1 per cent. Perhaps he really does come from another planet because if he was from this one he would know that average inflation in the UK for the last 100 years has been running at.…three per cent!

As an aside here, it is good to see that at long last, even it is too late for Willets, a real effort is being made to educate our financially naive children. Last month, the Open University, with funding partly from the Chartered Accountants Livery Company and its dynamic master, Clive Parritt, launched a major initiative to teach 16-18 year-olds in schools about personal financial management.

I suppose, naturally, the ongoing saga about our relationship with the EU post-Brexit, whenever that might happen, is pregnant with naivety. There are two strands at work here. One is that ardent “remainers” cling to the belief that the EU is worth fighting for when in reality it remains in a complete pickle of an unsustainable structure. As Wolfgang Munchau wrote on 18 December, in the fanatically pro-remain Financial Times, in his article “Recovery cannot hide the holes in the eurozone”: “We end the year in perfect gridlock. The proposal of the German finance ministry is unacceptable to the French and the Italians. The French proposal is unacceptable to the European Commission. The Commission’s proposal is unacceptable to everybody. As is [Martin] Schulz’s idea of a United States of Europe.

“Will euro zone reform happen eventually? If it does, then it will not be through an ordinary political process but another crisis, one that threatens the wealth of northern creditor nations. This is the real cliff edge Europe faces. Not Brexit.”

The other main strand of naivety is that Brexiteers, much of the media, and presumably much of the electorate, seem to think that May’s recent 4am dash to Brussels, Neville Chamberlain style, has achieved rather more than Chamberlain did with Hitler back in 1938. The fact is in both cases the key players have yet again signed up to the European tradition of kicking the can down the road.

“Nothing is agreed until everything is agreed,” maybe a neat phrase but the subtext is obviously that nothing has been agreed by anyone about anything. When the great British public wake up to this, there are going to be fireworks.

Into this unappetising scene lumbers, stage right, the previously sacked attorney general, one Dominic Grieve, who decided that the time had come to give his fine legal training an airing by putting down a successful parliamentary motion rebelling against his party’s Brexit process. In his show of legal conviction it clearly has not occurred to him that he has run straight into the welcoming arms of Corbyn’s stormtroopers at momentum who care not one fig for the niceties of parliamentary democracy, but do know how to go about constructing a Marxist state. His political naivety is breath taking.

And, finally, what of my own naivety I hear you say? Well, the latest example is I have just shelled out £610 for my annual subscription to the Financial Times in the belief that our only national financial newspaper has an interest in covering news and developments in British Companies. Considering back in 2012 I wrote a City Grump entitled “Has the FT given up on British businesses?” this is stunningly naive. Indeed, just how so was rubbed into me this morning as the Lex column, that hallowed home of former distinguished alumni such as Nigel Lawson, Richard Lambert, Martin Tayor and David Freud, today chose not to cover one single UK item. Oh dear.

I wish you a Happy Christmas and a New Year ruled more by the mind. 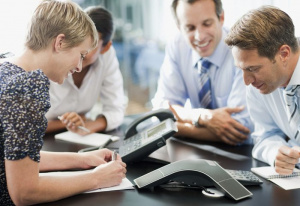 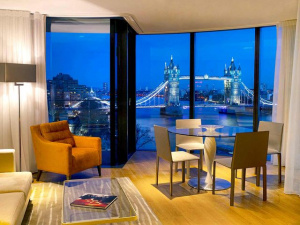