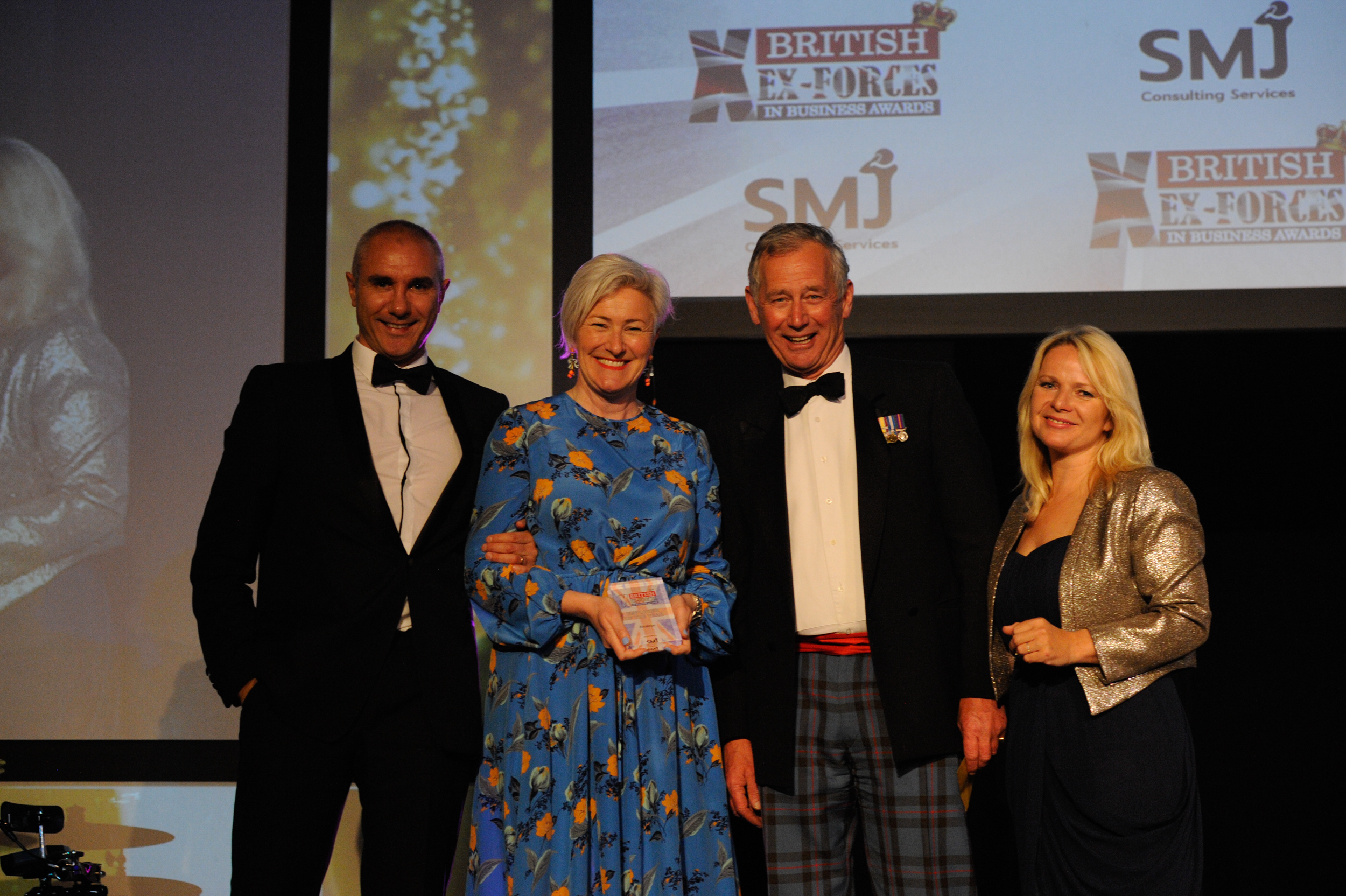 Share via
The 2020 British Ex-Forces in Business Awards is back on track following Government guidelines that live events can resume from October. The event announced its finalists from over 500 nominations across multiple impact-led categories, including Champion of Women and Employer of the Year. The British Ex-Forces in Business Awards is a flagship programme that celebrates military veterans? achievements in second careers. The finalists for the awards have been released today, and the winners will be revealed at an awards ceremony at the Grosvenor House Hotel, Park Lane on 20 October 2020. The Awards ceremony gathers business leaders, veterans, top employers, current serving officers, politicians, journalists and other stakeholders to highlight the significant value that ex-military add to the UK economy. The event was initially meant to take place in May, but because of the coronavirus outbreak, organiser Disrupt Media Group found a way to keep the momentum going until the Government?s announcement on 17 July that business events can resume from October.? Disrupt Media Group is now working with the venue, Grosvenor House Hotel, to implement measures that will enable the event to take place safely on 20 October. The?awards programme,?of which?Real Business?is a media partner,?recognises?the achievements of ex-forces personnel who are?now?excelling in?their second careers.

By showcasing the military-gained attributes that have enabled their?post-service success, the awards aim to demonstrate to employers the business value of?hiring?veterans.?

The thousands of servicemen and women who leave the?Armed Forces?each year create a?rich?pool of talent for employers,?underpinned by?skills and values that?easily?transfer into a wide spectrum of roles. Yet transitioning back to civilian life and establishing a meaningful second career can be challenging. Visibility of role models across different sectors is often lacking, and depictions of veterans in the media can fuel damaging misconceptions. In a study by SSAFA, the Armed Forces charity,?three in ten UK hirers?said?they?d?feel reluctant to hire someone who served in the?military.? SSAFA is the official charity partner of the awards, and one of its key initiatives is a mentoring scheme for service leavers. Every year, SSAFA helps more than 73,000 people from the forces family “get on their feet”, including those currently serving, reserves, veterans and their families. Lt. Gen. Sir Andrew Gregory was a former Chief of Defence People and now heads up SSAFA as CEO.?”SSAFA, the Armed Forces charity, is very proud to be associated with this important event which celebrates veteran employment,” he said.

?I am very aware of the challenges that can be faced by service leavers during their transition, with employment a major challenge for many. It is very heartening to see so many employers acknowledging the skills and experiences of those who have served their country.?

The 2020?finalists were whittled down from?a record-breaking?500 nominations,?with?the winners decided by a judging panel of?military?veterans headed up by Admiral Sir George?Zambellas, former?First Sea Lord?and now chairman of several companies?including?Galaxkey.?Other judges?facing the difficult task of selecting just 20 winners from a?huge?breadth of talent?include business leaders from Jaguar Land Rover, Morgan Stanley, Dell, Lloyds Banking Group, Serco, Stagecoach, Thales?and Knight Frank. “In operational planning, UK military people are comfortable asking ‘what’s changed?’, and then reacting accordingly,” Admiral Sir George Zambellas said. “Those same honest qualities of analysis and agility are needed now, as we face changed business environments in the COVID-19 era. So, I’m delighted that so many ex-forces men and women, who have chosen a life in business, have the cunning and resilience to succeed. I’m very proud to support them.?

Since launching in 2018, the Ex-Forces in Business Awards has become a crucial initiative for promoting a positive narrative nationally of veterans as great assets to employers across all sectors, and has led the way in increasing visibility of business role models for service leavers.