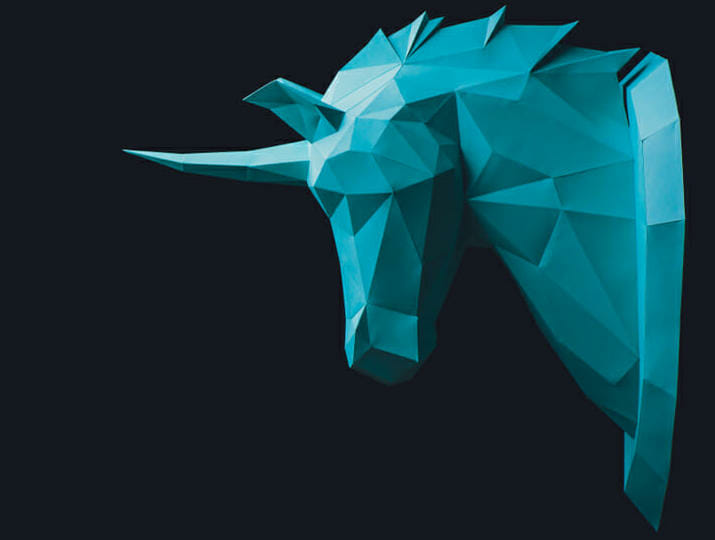 Share via
While millions of startups spring up each year, only a handful ever make a success of it, which is why a private billion-dollar startup is as rare as a unicorn. The UK’s 33,860 scale-up businesses contribute £1 trillion to the UK economy annually, representing half of the SME economy, and the UK is home to more tech unicorns than any other country in Europe. However, these scale-ups are facing a funding shortfall of up to £15 billion in 2020 due to lack of investment resulting from Covid-19. With the pandemic accelerating the disruptive role of technology across all industries, some businesses have still managed to realise their growth ambitions. As 2020 draws to a close, we look at some of the businesses that have reached unicorn status this year, as well as a deeper dive into the characteristics of a unicorn.

What makes a unicorn?

A ‘unicorn’ is a term used in the business world to describe a privately owned startup that is worth more than $1 billion, including the likes of Airbnb, Roblox, and, as of this month, Tipalti, after reaching a valuation of more than $2 billion. Tipalti distilled data from CBInsights to reveal the 76 companies worldwide to have grown to unicorn status in 2020. 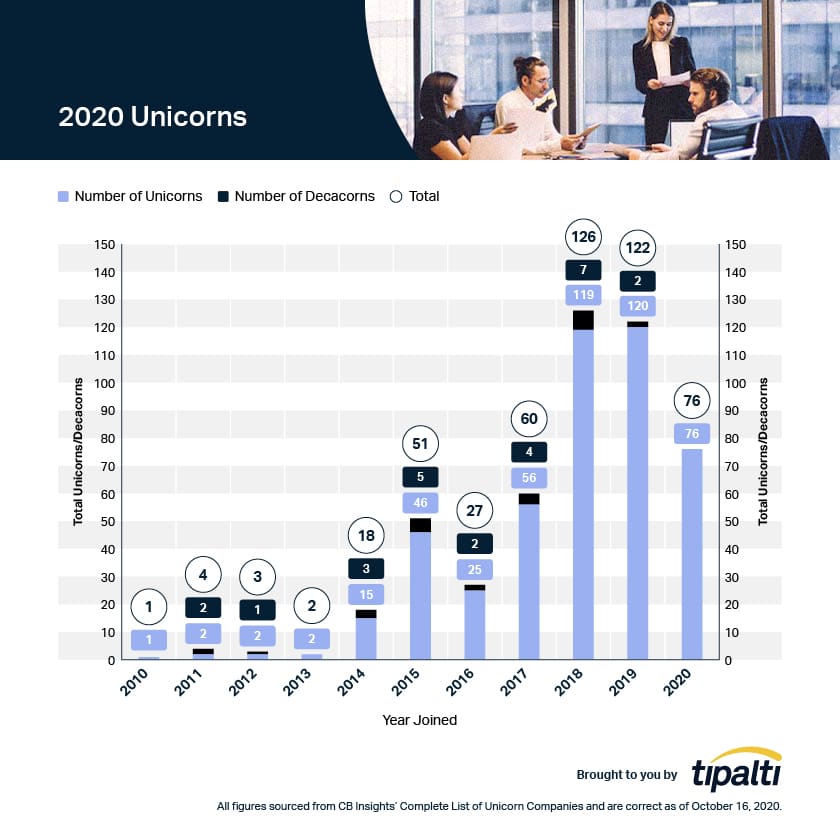 76 new companies have joined the exclusive unicorn club in 2020 as of October, slightly fewer than in previous years. None of these 76 have reached ‘decacorn’ status yet, where they are valued over $10m. The most valuable of these is the National Stock Exchange of India, at a value of $6.5m, with other notable new unicorns including the learning marketplace Udemy, fitness clothing brand Gymshark, and Tipalti. The majority of 2020’s new unicorns came from the US (62%), with just 7% from China, while fintech (17%), e-commerce (14%), and internet software and services (12%) were the industries which saw the most unicorn companies this year.
The top ten most valuable companies which have reached unicorn status in 2020

The countries with the most unicorns

Almost half (48%) of the world’s unicorn companies were formed in the US, with 235, including 50% of the world’s decacorns. There are currently 26 ‘decacorns’ (worth over $10m) and between them, they account for 37% of the total value of all unicorn companies. The country with the second-highest amount of unicorns was China, with 119 (24.3%), including fashion brand SHEIN and ByteDance, the world’s only ‘hectocorn’ (valued at over $100bn). In fact, the majority of the world’s unicorns come from a small handful of countries, with the US and China alone accounting for 72%, followed by India (4.9%), the UK (4.7%), and Germany (2.4%).
The top 5 countries with the most unicorns: