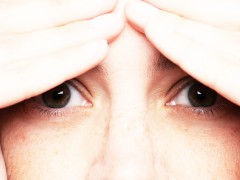 While 21 per cent of employees are concerned that they may be made redundant, in the North East and North West, 25 per cent employees report concern of this.

Younger employees (16-24 years old) are most concerned (27 per cent) when compared to other age groups. In addition, employees concerned about co-workers being made redundant stands at 35 percent. And a higher amount in the North West (59 per cent) report concern, while only 26 per cent report concern in the East of England. While some employees have expressed concern over being made redundant and others expressed optimism in a pay rise, three in ten (30 per cent) employees, including those self-employed and not employed but looking for work, report optimism that they could find a job matched to their experience and current compensation levels in the next six months if they were to lose their current job.  Full-time employees (32 per cent) are more confident than part-time employees (23 per cent) when it comes to finding a new job within six months. Those self-employed (35 per cent) are even more confident.  Geographically across the UK, employees in Wales are most confident (42 per cent) in finding a new job in the next six months. By Shan? Schutte