It’s fair to say that the first step towards making the night time economy a robust marketplace was with the launch of the night tube.

Although its launched was plagued with delays under then-London mayor Boris Johnson, successor Sadiq Khan wasted no time in ramping up night time economy ambitions. After assuming the mayoral role in May 2016, the night tube opened in August.

London may be on the way to becoming a 24-hour city, with Khan going on to appoint a night czar in the form of media figure Amy Lamé in November, but the night time economy still needs work.

During an economy committee meeting held on Tuesday 20 June, a night time economy discussion was held to determine how the marketplace has progressed and what needs to be improved along the way.

Among those at the assembly was councillor Clare Coghill, leader of the London Borough of Waltham Forest, has only been in her role for a month.

However, she brings experience from her previous post leading economic growth and high streets. One such example of her work is around Walthamstow centre, which has been regenerated with a nine-screen cinema, housing and restaurants, something she plans to repeat across town centres in her borough.

She referred to The Standard, a music pub near Blackhorse Road, which has benefitted from the night tube.

“It’s a reason for people to come to us and means we’re pulling our weight and starting to do so even more, supporting London’s cultural reputation,” she said.

“Where nighttime venues are closing, we’re doing the opposite, we want to make it easy for local talented people to play.”

Building on that commitment, she also spoke of the EMD, a former cinema for over 2,000 people. In its time before that, the EMD had also seen the Rolling Stones and The Beatles play gigs there.

Looking ahead, the building is being transformed into a pub venue in partnership with the Soho Theatre.

Moving away from north London and out to the south, Shifa Mustafa, executive director for place at the London Borough of Croydon, had her say on the night time economy.

Also relatively new to the role, holding it for seven months, a £5.2bn cultural regeneration scheme is currently in the works in Croydon. This will support retail, housing, office space and entertainment with live events.

Although the mayor is keen to bring awareness to the night time economy though, Mustafa feels there is a major flaw in terms of boroughs getting a fair share of the market.

“We could get help with how London’s economy is spread and how we’re marketing the evening economy,” she said.

“If you’re in an outer London borough, we find we’re always fighting for a piece of the action. It’s always central London because that’s where the economy is, the market is and the transport is.

“We want the marketing to be about what’s happening in the outer London, so we’re not competing with central London.”

Questioned whether it’s sensible to expect people to travel to outer London, Mustafa said: “It takes 17 minutes to go from London Bridge to Croydon. We want to be a destination for all Londoners.”

Coghill made a similar point. “I think it’s true that the longer you live in London, the more you become attached to your little village,” she admitted, in terms of staying within the local area.

“I think the William Morris Gallery is a great example of how outer London can attract not just other Londoners, but also international visitors.

“I speak as a resident as well as a councillor – it has an enormous impact when you’ve got venues like the EMD opening up, that it’s local people who are staying locally, but they’re also inviting people to visit them.

“So, when they’re going out for drinks or dinner, they can stay local and people will come to them. And that’s how to build a reputation as a place. I don’t think outer London should be embarrassed about our potential – Walthamstow Central is 18 minutes from Oxford Circus.

“There’s no reason why people wouldn’t travel 20 minutes for somewhere exceptional as long as it’s exceptional.”

Sharon Ament, director at the Museum of London, made a point about where commuters fit into the night time economy – something she believes should not be overlooked.

“It’s about keeping hold of commuters who are working in the city or central London. The phenomenon in the city of London is a Thursday night is the big night out, not Friday, because everyone wants to get back home for the weekend,” she said.

“So certainly, some of the strategies and cultural institutions are about providing a venue for commuters who don’t come back into the city at the weekend, they are reluctant to come back in, so we should recognise that part of the population.”

Coghill feels that part of the challenge is getting partners within London boroughs to pull their weight.

“There’s an immediate thought I have to mention – Network Rail. We’ve got over 200 railway arches and virtually none of them are used for economic purposes – what a shame, what a waste. We have spoken to Network Rail repeatedly on that point,” she revealed.

She highlighted how a Leyton coffee business called Perky Blenders has great potential, but how Network Rail’s lack of enthusiasm to help could damage its success.

“With no grant or subsidy, they’ve started to transform a pretty unloved corner,” Coghill said of Perky Blenders. “But it’s the Network Rail railway arches that will hold them back.

“Bearing in mind the money that’s been spent on the infrastructure, Leyton midland road overground station is in the process of being transformed to serve Londoners and Network Rail’s answer to that is to leave empty, dangerous, Petrol-covered lots that could very easily be serving our night time economy.”

To that end, she said partners should recognise the “tremendous opportunity” before them to think more creatively and work more collaboratively – especially when boroughs are readily offering resources to get the job done. Indeed, Coghill insisted that local authorities are happy to step up and fill skill gaps that partners don’t possess.

“We’ve got small businesses, freelancers, people that want to support their area, invest in their area. Those railway arches can be hugely effective, but we need those partners who own the land to be more creative.”

“To plan for a building with a night club in it, that takes a lot of time and certainty for land owners to want to invest in a particular place,” he said.

“If you don’t know how the licensing authorities are going to react to a late night licence, you’ll just think, ‘we’ll put a Pret in there’.

“That’s probably the problem for Network Rail, it’s just not worth it in Waltham Forest because, ironically, land value is just not high enough – rather than seeing the long-term picture and saying, ‘let’s create some value’.”

However, Hopkins is confident that a brighter future is ahead for the night time economy with Lamé in the night czar role.

“Amy’s brilliant. I think the best is yet to come. From my experience, she’s been all over London to understand how the ecosystem fits together – from comedy, music or going out for a drink,” he said.

“From the Night Time Industries Association perspective, that sort of infrastructure and clarity and focus is something we push for all over the country. You need someone that’s going to bring this together and knock heads together.

“I think Amy will be able to sit down with the mayor and focus, push and lean on local authorities to be clearer about licensing policies, and that will be an absolute game-changer.

“At some point in the future, the system should be working and be reactive and pushing together in the right direction. A lot of other big cities, Bristol, Birmingham and Leeds will say ‘we better get a move on’.” 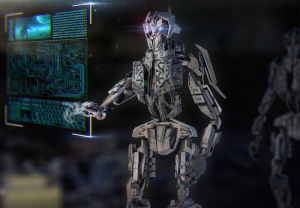 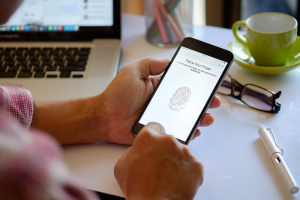