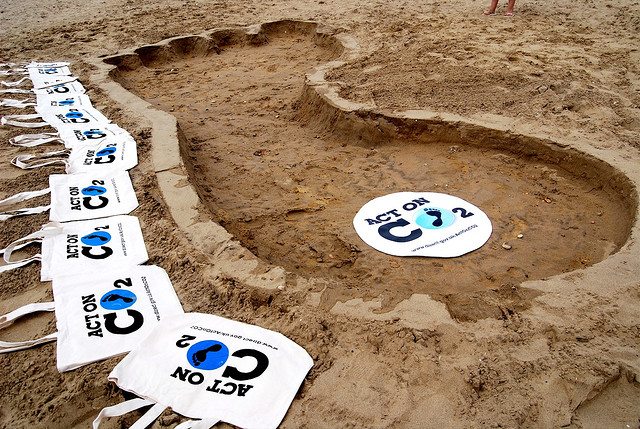 Making your company car a low-emissions model will qualify you for tax breaks – and help the planet. If you buy a low-carbon vehicle, you will be eligible for a capital allowance of 100 per cent in the first year, provided the car costs less than £12,000 and produces less than 120 grams of carbon dioxide per kilometre. If it produces less than 100 grams per kilometre, you will be exempt from road tax, too. You’ll also slash your company car tax: for cars producing less than 140 grams per kilometre, you pay tax on only 15 per cent of the car’s value. If the car is dual-fuel (like the Toyota Prius), you can also avoid the London Congestion Charge.

Going green isn’t rocket science. Just setting the double-sided feature as default on the photocopier can save 1.5 tonnes of carbon dioxide per year. Cornish environmental centre, the Eden Project, found an even simpler way to save energy when it switched from disposable to washable cutlery and crockery. The decision saves nine tonnes of waste going to landfill every year, and 700,000 fewer disposable items are now bought each year, greatly reducing transport and energy costs. The Eden Project estimates financial savings of £180,000 over five years. Just from washing up!

Harnessing the sun’s energy sounds pretty far out, but PV systems (solar panelling to you and me) can provide around 15 per cent of your annual electricity needs. The systems aren’t cheap – around £9,000 – but harvesting your own electricity makes good business sense. You’ll be in for a host of tax breaks, including exemption from the Climate Change Levy. Mark Ormiston of Ormiston Wire, the first small company in Britain to complete a solar installation, is thinking both of the planet and his balance sheet. “As a family business that has run for 210 years, we see measures such as installing solar power as an investment, not just in the environment but in the future of our business.”

How efficient is your loo? An office of 100 staff with traditional nine-litre cistern toilets could save £500 a year simply by fitting a cistern volume adjuster, such as a hippo bag. In the little boys’ room, urinals operating without flush controls can use up to half of a company’s “domestic” water use. By fitting Passive Infrared Sensors at a cost of around £350, a company with 100 male employees could save £3,800 each year in water costs. See the Enhanced Capital Allowance Scheme website for more ideas.

26. Track your energy use

Know your enemy. Plug-in energy monitors (at around £25) work out the precise consumption of your various appliances. “Monitoring one of our boiling water dispensers showed that we could save 40 per cent by turning it off evenings and weekends,” says Susie Diamond, engineer at Fulcrum Consulting.

Log every “green” action you take and educate your staff about the benefits. Your initiatives can be the backbone of a CSR strategy, which you can use to promote your ethical approach to stakeholders. The rise in all things Fairtrade and organic proves that consumers are increasingly shopping with their heads and their hearts: in a recent survey, 86 per cent of UK adults said the environment is the most important issue for companies to focus on. Paul Allen is the author of ‘Your Ethical Business: How to Plan, Start and Succeed in a Company with a Conscience’.