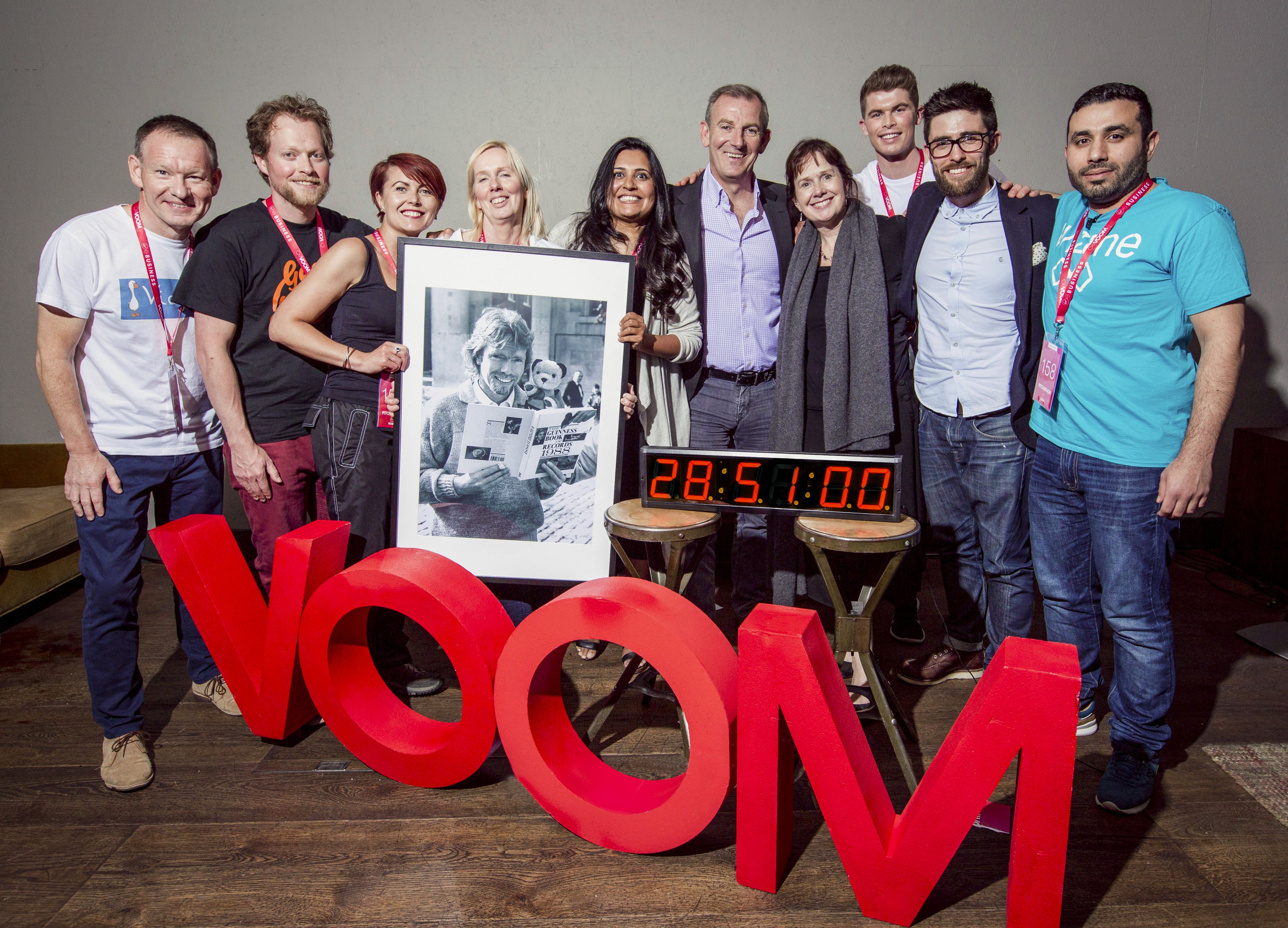 Previously known as Pitch to Rich, VOOM 2016 is well underway and the big finale will take place in London on 28 June. The day will see Richard Branson sit down to decide the overall winners of the ?1m worth of prizes alongside three international leaders including Tyra Banks.

The event has grown in size each year, and Virgin Media Business was determined to make 2016 the biggest and most ambitious VOOM outing yet, which is where the idea for the 29-hour pitching spree ? and Guinness World Record attempt ? came from. With a kick off at 11am on Wednesday 1 June and completion at 4pm on 2 June, three judges including Virgin Media Business MD Peter Kelly, Cambridge Satchel Company founder Julie Deane and Virgin Startup?s investment head Andy Fishburn, endured the entire 28 hours and 51-minute pitching session. As the trio successfully sat through 158 entrepreneurs? pitches, Virgin Media Business has been awarded a Guinness World Record for the accomplishment. Kelly said: ?It was an ambitious record to set and a huge challenge ? but we?ve done it and it feels great. All 158 businesses are part of this incredible achievement and we saw some wonderful pitches that epitomised what this record, and competition is all about ? being creative, resourceful and a little bit daring.?

The four Ps of pitching will help you clinch that deal

In addition to the three judges that sat through the entire pitchathon, a series of guest judges and LinkedIn experts took part in the event, rotating every three hours. In addition to Real Business? own Zen Terrelonge who completed a shift, other guest judges included SBTV founder Jamal Edwards, Jack Wills? founder Peter Williams, Sharmadean Reid of WAH Nails and more. With the pitches all completed, the marathon judges will calculate the scores to determine which 40 companies will go through to the next stage, which will see a series of workshops take place in Birmingham from 13-14 June. Virgin founder Richard Branson, said: ?Guinness World Records titles are tangible proof that humans can achieve incredible things if we work together and put our mind to it. ?Nobody breaks records ? or builds successful businesses ? without being dedicated and Virgin Media Business and all of those who pitched have demonstrated this perseverance in spades.? By Zen Terrelonge

With pitching in mind, watching Dragons’ Den leaves one leader shouting at the investment-hungry entrepreneurs on-screen.