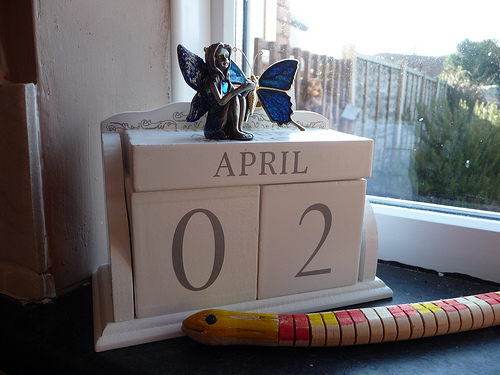 Prior to the recent recession, the majority of new businesses were set up close to the start of the fiscal year. However, during the recession, chosen dates varied widely. In 2012, 11th December was the most popular date, with 22nd June taking the top spot in 2011.

2013 proved to be a record year for entrepreneurial activity, offering a promising sign of a return to pre-recession economic stability.  Over half a million businesses were set up during the year, compared to 479,500 in 2012 and 440,600 in 2011. This exceeded the previous high in 2007 (443,800) and represents an increase of 50 per cent since the beginning of 2008. Since 2009, the number of start-ups has risen dramatically with an average year-on-year increase of 11 per cent.  This rise in the number of UK entrepreneurs is supported by additional research from O2 Business, which found that over a third of us have ambitions to set up our own business. But despite this appetite, budding entrepreneurs are often put off because they feel they don?t have enough money (41 per cent) or simply didn?t know where to start (35 per cent). Paul Lawton, head of Small Business for O2, said: ?It?s great that more and more people are choosing to start their own business. 2013 proved to be a record year for entrepreneurs and we hope to see this upward trend continue into 2014 and beyond.? Image source By Shan? Schutte