Launched in November 2016 as one of a number of ways to solve the funding problems growing businesses in the UK encounter, the bank referral scheme takes companies which have been refused credit by high street banks and funnels requests through one of three finance platforms.

Alternative lenders then have an opportunity to bid on that loan request, with the idea being entrepreneurs and their companies are offered a second stab at securing the sought after growth funding.

On one front the government-backed scheme should be lauded for ensuring businesses which should never be given funding do not get it. However, if only 2.8 per cent of the 8,100 businesses referred through the scheme were ultimately able to draw down finance then is the scheme actually doing much good?

Loans from the scheme in the last nine months have ranged from £200 to £500,000, with the average allocation being £16,000. The existing funding platforms which comprise the scheme – Funding Xchange, Business Finance Compared and Funding Options – are soon to be joined by a fourth, Alternative Business Funding.

Official statistics show that of the 25 per cent of businesses which were initially declined by a bank (from a pool of 220,000 last year) only seven per cent were referred to other sources of help.

Part of the explanation behind the 2.8 per cent bank referral scheme approval rate could be put down to the fact that 80 per cent of SMEs applying for funding are granted it by banks. Of the 20 per cent remaining, its probably fair to say that a large number will not have the business plan in place to justify a business loan of any kind.

The government has tried, in numerous ways, to make it easier for small and medium-sized businesses (SMEs) to access capital. Its Enterprise Finance Guarantee (EFG) scheme was set up in 2009 to help businesses which did not have sufficient security to meet lender requirements access funds. Managed by the British Business Bank, it has helped provide nearly 30,000 loans worth nearly £3bn.

The Start Up Loans Scheme, also run by the British Business Bank, has been in operation since 2012 and provides loans of up to £25,000 to entrepreneurs looking to set up a business. However, as revealed by our sister website Business Advice in July, the £318m provided through 1,820 loans between 2012 and the end of February 2017 have resulted in a default rate of 30.2 per cent. Furthermore, loans made in 2012-13 and 2013-14 have resulted in default rates of 45.7 per cent and 49.6 per cent respectively.

Going back further, Project Merlin was created by former prime minister David Cameron in 2011 and took the form of an agreement between Barclays, Lloyds, Royal Bank of Scotland and HSBC. The four banks committed to lend an initial £190bn to British businesses in its first year, of which £76bn was earmarked for small firms.

Project Merlin fell agonisingly short of its first-year target for smaller firms when £74.9bn was revealed to be the final amount. During that period, the banks’ gross lending facilities hit £214.9bn – some 13 per cent above the committed amount of £190bn. At this point banks were actively lending to big business, but less so to small.

Real Business got in contact with the Treasury to find out whether the first nine months of the bank referral scheme were deemed a success. No targets were set back in November, and the Treasury said it was keen to learn from the first period of operation. A report, compiled by Russel Griggs, was commissioned to provide an outsiders view and suggestions for improvements.

Griggs, who who has previously served as chair of the CBI’s UK SME Council and chaired the Scottish government’s independent Regulatory Review Group, has presented to the Treasury a number of improvement recommendations for the bank referral scheme. One of those suggestions is a move towards making the system embedded within bank processes.

It goes without saying that the more options a business is presented with the more likely it is to find the funding required. It will also be a better informed ultimate decision. Hopefully, through adding more platforms to the bank referral scheme and better educating British entrepreneurs on how to assemble a proper business plan, we’ll see an increase in the amount of companies, first rejected by banks, ultimately secure growth capital. 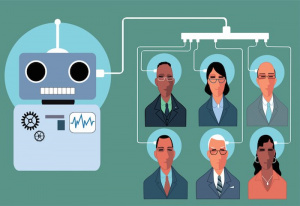