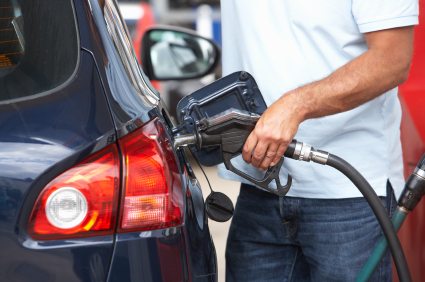 As the rise in retail sales figures confirmed last week, public (rather than business) confidence is high at the moment. If fuel costs jump again, it will be a case of one step forward, three steps back.

As politicians will enjoy their summer holidays on 1st?August, millions of motorists and businesses will see their fuel bills escalate when the additional three pence fuel duty is slapped on every litre at the pumps.

At Pimlico Plumbers we?ve seen our fuel bills for a fleet of 120-odd vehicles rise from around ?800,000 to almost a million pounds in the last year. An extra three pence will mean paying out an additional ?20,000 for fuel.

While this might be a welcome windfall for the Treasury, they will lose out in other ways. Businesses might pass on the cost to customers who won?t be able to afford the products or services, leaving a bigger and more long-term hole in the country?s finances.

The murmurs of dissension are growing though, even on the government benches where a group of 40 ?rebel? MPs have joined calls for the rise to be scrapped.?

I just hope that the Treasury gives these calls the same consideration it gave to changing their plans on taxing pasties, caravans and charity donations.

While those campaigns were embarrassing for the government, original proposals would have only affected niche areas of the economy. Fuel rises affect everyone, from the pasty makers and caravan-pullers to the hauliers, travelling salesmen and, of course, tradesmen.

So, if the UK government wants to tap into the recent wave of patriotism, they need to think about what the union flags and bunting are really about. What does this great country of ours stand for? And exactly how are we going to make sure it continues to be seen as great all over the world?

What we need to do now is to shake off our hangovers, dust off our work clothes, fill up our vans, motorbikes and cars, and get back to work.?

We don’t need to be paying an extra three pence in fuel duty on every litre of petrol and diesel we use from August.?

Fuel is involved in everything we do and we simply cannot stand any more unnecessary increases.