You’d have thought, therefore, that Prisk would be centre stage at this week’s launch of StartUp Britain, the major new campaign to “accelerate, celebrate and inspire”Britain’s entrepreneurial economy.

In the awesomely, eye-wateringly, yes-you-can-ingly exciting enthusiasm and delirium of StartUp Britain’s launch, Prisk was a mere fourth placer, unceremoniously bundled out of the medals by the prime minister, chancellor and – final ignominy – business secretary Vince Cable. Even former enterprise czar Lord Young (surely he still holds the position in everything but name?) was more prominent at Microsoft HQ in Victoria, where the launch event was held.

Much has already been written about StartUp Britain (though not enough about Prisk’s undeserved demotion). Certainly Real Business visitors and readers had plenty to say. First reactions were, let’s be honest, harsh. But in my 200-year experience of covering the “enterprise” economy – Lord, I attended the launch of the now-unlaunching Business Links – this is often the way. The business community is, of its nature, hard to please. Entrepreneurs do not generally “welcome” initiatives. The real reckoning will take place in a few months’ time when – let’s hope – there are some real success stories to share.

Sitting through the morning’s launch, four things struck me:

Yes, there were Dragons. No enterprise-related event would be complete without Peter Jones (now taking over the management of Global Entrepreneurship Week), Duncan Bannatyne (pictured on Twitter with his copy of Real Business), and James Caan. But plenty of real people were there, too, and many are ready to do their bit to reinvigorate Britain. Any event that draws the King and Queen of Toiletries (Denys Shortt, DCS Europe; and Lara Morgan, formerly of Pacific Direct) gets my vote.

2. The really significant announcement of the day

That the Treasury is consulting on a two-tier Enterprise Investment Scheme, which will offer EIS-style incentives to“friends and family” investors of small sums.

Rather than focusing on the age-old argument that the UK relies on its smaller businesses(we know, we know), the organizers rightly highlighted the fear factor that inhibits many aspiring entrepreneurs. Apparently, 50 per cent of people would like to run their own business; only five per cent actually do. The deeply impressive co-founder Emma Jones put the reduction of that discrepancy as her key target.

Finally, and exclusively, I can reveal that, at StartUp Britain, the world’s men first discovered the solution to the long-standing problem of “how to be fresh when you’ve got to attend an evening black-tie do, and you can’t have a shower, and you’ve been traveling and attending events all day”? For at StartUp Britain I met Stu Jolley, the young founder of Wingman, producer of “deodorizing wipes” for men. Stu, who’s about to star in a BBC2 series on Britain’s Next Big Things, kindly gave me a pack of his new products on the morning. Eight hours later, after a further meeting in the City and while changing in the loos of a well-known London hotel before the CBI People Awards, I (and my neighbours on my table) praised young Jolley’s entrepreneurialism. 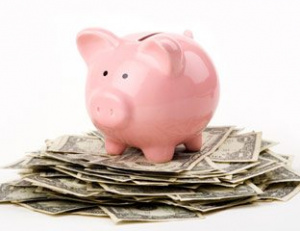 You and your bank manager 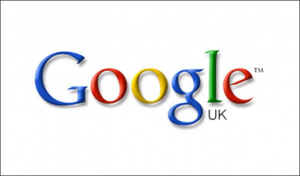 Google launches Plus One