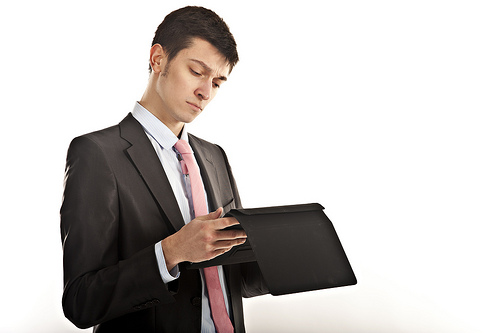 But what about a website optimised for mobile? This is where a surprising number of people start to scratch their heads and say no, not on our list of priorities.

Businesses who ignore mobile, do so at their peril. With Nielsen reporting that 89 per cent of our time browsing the Internet is now taking place on mobile phones and 81 per cent on tablets, websites which aren’t mobile friendly lose out. Traditional websites often don’t have the same look and feel on tablets or smartphones.  Here are four reasons which will leave you in no doubt that the future is mobile.

1. The PC is dead, long live the tablet

Respected international analysts at IDC are predicting shipments of tablets will outstrip all PCs sold by the end of 2014. With the decline of desktop computers, there will be no more plan b for businesses who refuse to move with the times and make their websites mobile compatible. With the rise of tablets a certainty, refusing to change would be akin to recording a full studio rock album in mono when everyone expects stereo!

The days of using a mobile phone simply to make calls are long gone. Mobile phones have become smartphones with penetration expected to hit 80 per cent this year in the US (up from 49 per cent in 2011). A staggering 500m new smartphones will be sold in China and India in 2014 alone, according to Mediacells.

3. Shopping till you drop, now available from your sofa

Customers now expect to purchase goods and services while on the move, away from the home PC which lays dormant in the corner of the living room. E-commerce companies are now reporting that up to 65 per cent of their traffic is coming from a mobile device. To put it bluntly, you will miss out on an extra 65 per cent of new customers if they can’t access your shop window (website!) while on the move.

A new wave of companies have emerged offering DYI mobile apps to suit a variety of target markets (SMEs, enterprises, individuals and sector specific providers). Turnkey app builders allow businesses with zero technical or coding knowledge to craft their very own mobile optimized site or a dedicated app at a fraction of the cost of a design / development agency. Daniele Pelleri is the co-founder and CEO of AppsBuilder.