The world is witnessing a rise in geo-economics, and while wars rage from Damascus to Donbas, the main global battlefield is economic rather than military. Sanctions, competing trade regimes, currency and price manipulation of resources such as oil is possibly more consequential than the conventional arms race. And the implication of these forces could be an unravelling of the global economy.

“As tensions between great powers rage, the global businesses that once saw themselves as masters of the universe now feel like pawns in a game over which they have little control,” suggested Mark Leonard in a World Economic Forum report. “Ukraine is at the epicentre of a crisis of European order that has seen the Russian Federation and the West use financial markets, energy and the control of the internet to advance their respective causes. In Asia, the competition between a rising China and its neighbours has spawned naval disputes, the use of sanctions and restrictions on access to natural resources.

“In the Middle East, the rise of ISIS is playing into a wider sectarian conflict led by Iran and Saudi Arabia. In every region of the world, new powers and restive populations are rising, and an increasingly introverted America is recalibrating its role in a scattershot manner that leaves allies guessing. And in the absence of global leadership, the erosion of global norms and standards and the ensuing shift towards a multipolar, regionalised power dynamic are apparent. This places acute pressure on leaders around the world, challenging their effectiveness and legitimacy.”

Has geo-economics backfired on us? Here are four disturbing trends:

Leonard explained that “the US, Europe and other developed economies, faced with challenging fiscal postures and weak domestic political support for engagement, are increasingly unwilling to pursue foreign policy objectives through the projection of military force. To compensate, these powers continue to seek to project power through their influence over the global economy and through their control over multinational corporations (MNCs) domiciled in their countries.”

Essentially, economic sanctions and restrictions have become prime tools that can span from sanitary controls to a full-blown economic blockade.

“Economic sanctions are usually a double-edged sword,” Leonard said. “The country applying sanctions hurts its own businesses that trade with or invest in the target country. US companies have had to stay away from Iran, German machine-builders have had to reduce their exports to Russia, and French shipyards have suffered through the freezing and potential cancellation of the sale of Mistral ships to Russia. Sanctions can also provoke counter-sanctions. In 2014, Russia retaliated against Western measures by banning food imports from the countries that had joined sanctions against Moscow.”

The problem lies in the fact that as companies start to believe that they are tied to their “home governments”, they won’t invest in certain markets abroad. We might also start seeing some changes in traditional foreign trade patterns.

“Faced in 2006 with the Russian wine embargo, Georgia had to look for new markets in the West, where it was headed politically. When in 2014 Russia faced Western sanctions, it accelerated its rapprochement with China, the one major power that refused to condemn its actions and shared Moscow’s opposition to US global dominance.”

Ironically, when it comes to economic warfare, the true winner may actually be a third party that jumps into the opening. This was highlighted by Leonard: “European countries in the initial phases of US-Iran sanctions; China in the case of current Western sanctions against Russia; Russia in the case of the post-Tiananmen Western weapons ban on China; Turkey in the situation when EU pressure made Russia abandon its South Stream gas pipeline project.”

In colonial times, competition revolved around who had the most control over the sea, as well as land. This later changed to who had power over oil after the Cold War.

But a geo-economic era looks like it is likely to drive national competition based on markets rather than resources. This could be largely due to the fact that resources are becoming cheaper alongside the pace of technological advancement.

Leonard explained that another reason could be due to “the economic and demographic growth in emerging markets”.

The signs are already there, seen in the way the US has been reaching out to India, China’s infrastructure investments in Africa and even Russia’s attempts to penetrate Venezuela.

“The main law of the new race is access to large markets, which often have large, young populations as well as a burgeoning middle class that enjoys increasing purchasing power,” Leonard suggested.

While countries with growing per capita incomes and large and growing populations, such as China and India will stand to benefit from these growing markets, the producers of natural resources are likely to see their power eclipsing.

“Oil rich countries such as Saudi Arabia, Russia and Iran stand to lose,” he explained. “And so are the medium-skilled workers in the Organisation for Economic Co-operation and Development (OECD) countries who now face competition from the cheaper-qualified labour in emerging markets. Countries that are unable to provide security and stability for economic enterprise and foreign investments will also be marginalised from this new wave of globalisation.” 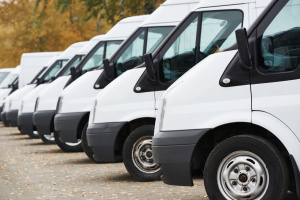 How am I driving? Bad fleet management could be costing SMEs millions 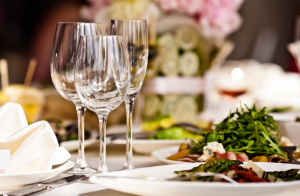 Is eating out at a restaurant no longer a special treat?