Product placement is an awkward part of the film business – whether it’s the Nokia 7110 starring in The Matrix, Budweiser refreshing a thirsty Mark Wahlberg in the middle of a Transformers battle, or Pizza Hut supplying Teenage Mutant Ninja Turtles with cheesy dough-based goodness to keep their strength up.

Real Business has looked at five films that revolve around big brands and their leaders, and how the productions were received when they were released.

The yellow DIY toy brand was animated earlier this year with a feature-length film based in the Lego universe with the vocal talent of Hollywood’s finest, including Chris Pratt, Elizabeth Banks, Will Ferrell, Morgan Freeman and Liam Neeson. The plot sees construction worker Emmett depicted as the chosen one, a special individual called upon to stop a tyrant from destroying the very essence of what Lego represents, which is building stuff over and over again, using a truly heinous weapon – glue. The film takes place on numerous backdrops, with the wild west, open sea, urban jungle and the skies all setting the scene and, in turn, enabling the toymaker to showcase its many diverse characters and play arenas that can likely be found from all good retailers. A sequel has been announced, and this time it’s meant to feature more female characters – co-creator of the first film, Phil Lord, said: “It’s important to us that the movie plays broadly and that we inspire young women as much as we inspire young men.” The $60m budget more than made its money back at the box office to achieve $470m, so imagine how much could potentially be achieved by catering to boys and girls – and that’s before the merchandise is even spun out of it. And if you’re a supporter of the female entrepreneurial spirit, the First Women Awards have got you covered.

A bit like a massive recruitment campaign for Google, really – The Internship stars Vince Vaughn and Owen Wilson. The actors, who regularly collaborate, give their hapless duo routine another outing, this time as unlucky, old-school, anti-digital watch salesmen who find themselves out of work. So what do you do in that situation? Obviously, you blag your way into the biggest technology company in the world through an internship scheme and go head-to-head with the world’s brightest young minds. With a $58m budget, much of the film is shot in California at Google’s Mountain View headquarters, showcasing – in great detail – exactly why you should want to work for the firm, with resting pods, free food, shareable bicycles and awesome energy just some of the many reasons you should apply for a post right now. But if working there isn’t for you, perhaps you’ll want to take up their seamless services after the film shows you just how much teamwork goes into producing their blisteringly-fast solutions. However, as impressive as Google’s revenues are, the box office results hit just $93.5m – but the Real Business Hot 100, which we revealed back in October, lists the country’s fastest-growing companies with all the makings to become the next Google with eager hiring and expansions.

Oh yes, The Social Network. An Academy Award-winning film that tells the origin story of Facebook – formerly known as The Facebook FYI. Jesse Eisenberg stepped into the curly hair of the then 19-year-old Mark Zuckerberg, who created a hot or not-style site called Facemash while in the middle of a drunken rage after being dumped by his girlfriend. The site, of course, eventually grew to become the Facebook we know today. At the time of the release in 2010, Facebook had 500m users, but it has since grown to more than one billion users. It received mixed reviews from Zuckerberg himself, other real-life counterparts and also critics, but if there’s no such thing as bad publicity, Facebook definitely got a marketing boost from the film, which achieved $224.9m at the box office from a lean budget of just $40m. The company is a prime example of what we look for in the Everline Future 50 – the UK’s most disruptive businesses that can demonstrate the potential to make their ventures a profitable success story.

We recently looked at five celebrities who were bizarrely hired by famous businesses, and one of whom was Ashton Kutcher – named a Lenovo product engineer. The actor, portrayed the very essence of modern tech in recent years, of course, playing Apple co-founder and former CEO Steve Jobs. The film spanned different periods in Apple’s existence, from 1974 when Jobs was a student to 2001 and reveal of the iPod. It’s fair to say Jobs himself – who died of cancer in October 2011 – was something of a brand himself, a visionary and the face of iPhone and its sister devices. Unfortunately, his magic touch didn’t extend to the silver screen – the Apple film made just $35.9m at the box office on a $12m budget and was slammed by critics. In the real world though, Jobs’ talent and the power Apple has is undeniable, and it’s entrepreneurs and firms like that we seek with the Growing Business Awards, which took place on 25 November this year.

In 2011, documentary filmmaker Morgan Spurlock – the guy with the handlebar moustache from Super Size Me – created The Greatest Movie Ever Sold to explore product placement within movies, funded, of course, by brand marketers behind the product placement within movies. The title itself is an advert for beverage firm Pom Wonderful, which paid a reported $1m for the privilege on the condition it achieved $10 million at the box office and sold 500,000 DVDs and downloads, while other big name partners included Hyatt, Mini and Ted Baker. Despite the outlandish concept, the film’s $1.5m budget was met with just $700,000 at the box office, perhaps a result of its limited release and niche target market. As such, our Real FD section has all the tips and tricks you need to ensure financial directors and executives can avoid slack returns like this. 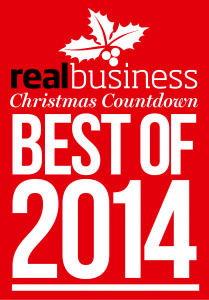 ‘Debut directors’ are surviving despite less investment and affluence