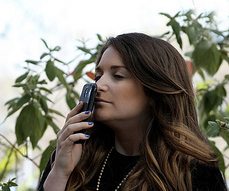 Last year, Sony decided to jump onboard the pranking bandwagon. Meet the Vaoi Q UltraBook, which has the power of your standard off-the-shelf laptop, but… fits in your pocket” This computer that is never-going-to-be would surely get lost among your spare change. In fact, it’s supposed to be the size of a quarter. Fortunately, this 1.25 inch screen comes with a monocle to help magnify the image. This year, however, Sony was “stoked to announce the Animalian line of technology products specially designed and created for pets. The introuctory line-up includes Sony-branded products targeted at owners with dogs, cats and hamsters.” The Animalia entertainment system includes:  Image Source

In 2012, Twitter stated that tweets will shrink to 133 characters. This year they introducde a new two-tierd service. Those who wanted to use Twitter as usual would have to pay $5 a month. Consumers who don’t will have to do with “Twttr’s” abolition of vowels. “The ‘Y’ still remains free and other languages will be unaffected by the change”, Twitter said. The company also offered a single character extension. “The price of the extra character is based on a bidding system refelecting the popularity of the character you would like to add.”? If that wasn’t enough, Twitter also announced that the site would automatically transform your tweets into a Twttr friendly fromat. Joan Rivers was the first to tweet: “Twyttyr” Why byy vywyls whyn yyy gyt “Y” fyr fryy” Syckyrs! #nvwls.” Inspiration for this prank came from Twitter’s early days, when it was still known as Twttr. Image Source

Richard Branson, like Google, always seems to have a prank up his sleeve. It was even believed that Branson had bought Pluto and intended to get it reinstated as a planet. If Virgin Galactic or Virgin Oceanic is not your style then hop aboard the Virgin Volcanic. In 2012, Virgin announced that Branson, Tom Hanks, Will.i.am, Seth Green and Barbara Kopple would be exploring the five most active volcanoes in the world: Etna, Stromboli, Yasur, Ambryn and Tinakula. They even invented the #virginvolcanic hashtag so that volunteers could attempt to join their back-up team.  On his blog, Branson wrote: “I have long held a fascination with volcanoes having read Jules Verne’s Journey to the Centre of the Earth as a young boy. What can I say, I lava challenge.”  Virgin is renowned for its world-first creations. Another being the technology required to produce the world’s first glass-bottomed plane, which was to coincide with the start of Virgin Atlantic Airways’ first domestic service to Scotland. Image Source By Shan” Schutte