In July 2013, Lord Young called for a greater cross-collaboration to maximise the entrepreneurial potential within the Armed Forces community.

“So many leaving our forces have the skills and experience to make a great success in civilian life and at last, are being given the chance to show us what they can do,” he said. “I hope that, not only will they succeed, but that they will be an inspiration to those who follow them.”

Since its launch, the organisation has helped to launch 170 new entrepreneurs, and facilitated more than £1.5m in seed funding.

Gareth John is one such entrepreneur. He joined the Royal Engineers in 2008 “to gain trade skills”, but after five years in the Territorial Army and two tours in Afghanistan, “the redundancies within the Forces changed the way [he] felt about serving”.

“I wanted to try my hand at being my own boss, and be in control of my own journey,” John said. “After leaving the Forces in October 2014 I explored employment opportunities in the survey and construction industry. None of these accurately reflected the level of role I was qualified for through my training and experience in the military. This led me to consider self-employment.”

He explained that he found X-Forces through the Start Up Loans Company website. Upon being asked how the initiative helped him, he said: “They helped me put together my business plan, making sure that I had thoroughly researched my industry, and that it was the right time to start this business, economically and personally.

“They have assigned me a business mentor and the funding I accessed through X-Forces has allowed me to transfer smoothly from the army into running my own company. The loan helped me buy the equipment I need, fund the various insurances and establish a website and reputable brand identity to give my business the foundation I needed.”

Believe it or not, the two co-founders met in London’s Brixton prison after committing fraud.

“While there we led on a project, reporting directly to the governor, to get serving prisoners in to work while still serving their sentences, where they were able to leave the prison on daily release,” said Michael Corrigan.

“Over 200 men found work, and many developed careers as a result. This is what led to the formation of Prosper 4: being able to implement employment services for offenders and ex-offenders in the real world.”

But to get their company off the ground, they applied for a start up loan.

Prosper 4 attracted a £25,000 government start up loan and £35,000 in private seed capital. Not only that, the company has won the support of Lord Young and has the backing of X-Forces, which helps by providing business loans and mentoring.

The company now provides a scheme of their own.

“From business plans to insurance, and banking to book-keeping, and applying for business Start Up loans, our programme is unique,” said Corrigan. “With quite modest skills, that we had always taken for granted, we can offer real help and make a lasting impact on ex-offenders futures, their families and ultimately society.”

They are far from the only ones to have gained success off the back of the scheme.

According to the Start Up Loan Company, more than 32,000 new jobs have been generated as a result of the scheme since its initial launch in 2012. And on 19 January, the 25,000th business loan was approved, taking the total amount lent to new firms to nearly £130m. 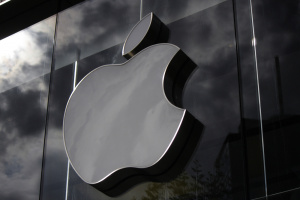