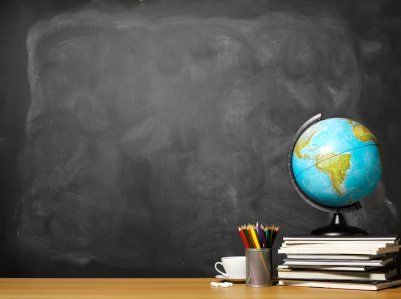 There?s something special about entrepreneurs whose startups take off and those whose stay small ? starting with how they begin.

In studying successful entrepreneurs, I was struck by a series of contrarian habits that set them apart. Here are five lessons that I learned from them.

1. Use the start-up phase ? the so-called Valley of Death – to take risks and experiment

Rather than follow conventional wisdom and be cautious at the beginning, brand-building entrepreneurs use the ?the Valley of Death? to experiment and tweak their fledgling idea. You can die in the valley, yet growth entrepreneurs realise this starting period is the most valuable time because you can create tremendous value out of practically nothing. When Nikolas Zennstrom launched Skype, he used the start up period to experiment with his product. As he was tinkering, he tested it on his mother, sister and friends to make sure that people were interested in Skype. Even so Zennstrom was turned down by 26 different venture capitalists. Friends told him to give up, but he persisted because his experimenting and testing gave him confidence that Skype would be a success in the global marketplace.

2. Think ?small? rather than search for a ?big idea?

Contrary to everything we?ve heard about finding a ?big idea,? there?s a fundamental paradox in business. Big ideas are small, simple, focused and solve a problem so they can occupy a specific niche and dominate their category.  Daniel Ek and Martin Lorentzon were kicking around business ideas in Ek?s apartment outside Stockholm, often playing music on his media htpc machine and were frustrated that it was so difficult to get content. That led to the idea for Spotify, a free, easy-to-use and legal way to access a huge library of music.  U.S. entrepreneur Kevin Systrom was building a location-based mobile business like FourSquare, but found that only one piece of it, the photo app, was different and had real traction with customers. So Systrom focused on the photo app, named it Instagram and became ?insta-rich? when he sold Instagram to Facebook. A rule of thumb is, if you can?t write your business idea on the back of your business card or explain it to a ten-year old, you probably have a big, bad idea.

3. Realise that when people say, ?You?re starting what?? you?re on to something

Most people will tell you that you?re crazy when you present a fresh idea, so you have to be a contrarian to forge ahead anyone. You need to realize that you have a viable business idea when you find the ?white space,? which is just a new need in the marketplace that no one is filling.  Natalie Massenet got her business idea when she logged onto the Internet looking to buy some Chloe jeans for one of her clients, and she couldn?t find anything. Inspired by how Amazon was revolutionizing online sales, she thought of selling luxury clothes online that would be beautifully packaged and delivered right to your door. When Massenet approached investors, she was told that no woman would buy high-end fashion online. Massenet proved them wrong, launching Net-a-Porter, the first ultra-high end fashion line that?s become a huge success.

4. Listen to you heart and emotions as much as your intellect

Successful entrepreneurs want to make money, sure, but your goal has to be more than that. Entrepreneurship and finding your business idea are about finding your purpose. Your goal must be tied to your deeper story, your sense of destiny for yourself and your business.  Innocent was launched by three Cambridge University graduates who quit their jobs in 1998. The small idea behind Innocent is authenticity, as their tagline says, ?The fruit, the whole fruit, and nothing but the fruit.? Its brand personality is playful and interesting, and in the early days Innocent experimented with labels listing ingredients such as ?banana, orange and a lawnmower? that got them tremendous publicity. After a few years Innocent became the top smoothie brand in the United Kingdom, and recently sold a stake to Coca Cola.

5. Create a new trend or category rather than fit into the market

Growth entrepreneurs keep a pulse on what?s happening but don?t try to fit into the market ? they try to appeal to where their customers are heading. They have what I call an ?outside-in? orientation. They begin with the larger context ? the outside ? and work inward making sure their product is different and appeals to their customers.  The dream of UK entrepreneurs Kit and Shireen Morris was to create a fine wine from elderflowers. But the wine making process is slow, so to bring in money while they were waiting for the vines to mature, they mixed batches of elderberry cordial in their kitchen sink and sold it at farmers markets. People loved the taste, and their sparkling elderberry drink developed a cult following. The Morrises named their company Bottlegreen and created a distinctive green bottle and label and marketing that broadcast sits green positioning such as its unique, green friendly bottling process. These five lessons are simple but they?re not obvious to many business owners because they are counterintuitive. That?s why they are so important. Catherine Kaputa is president of SelfBrand and the author of U R A Brand and Breakthrough Brand.