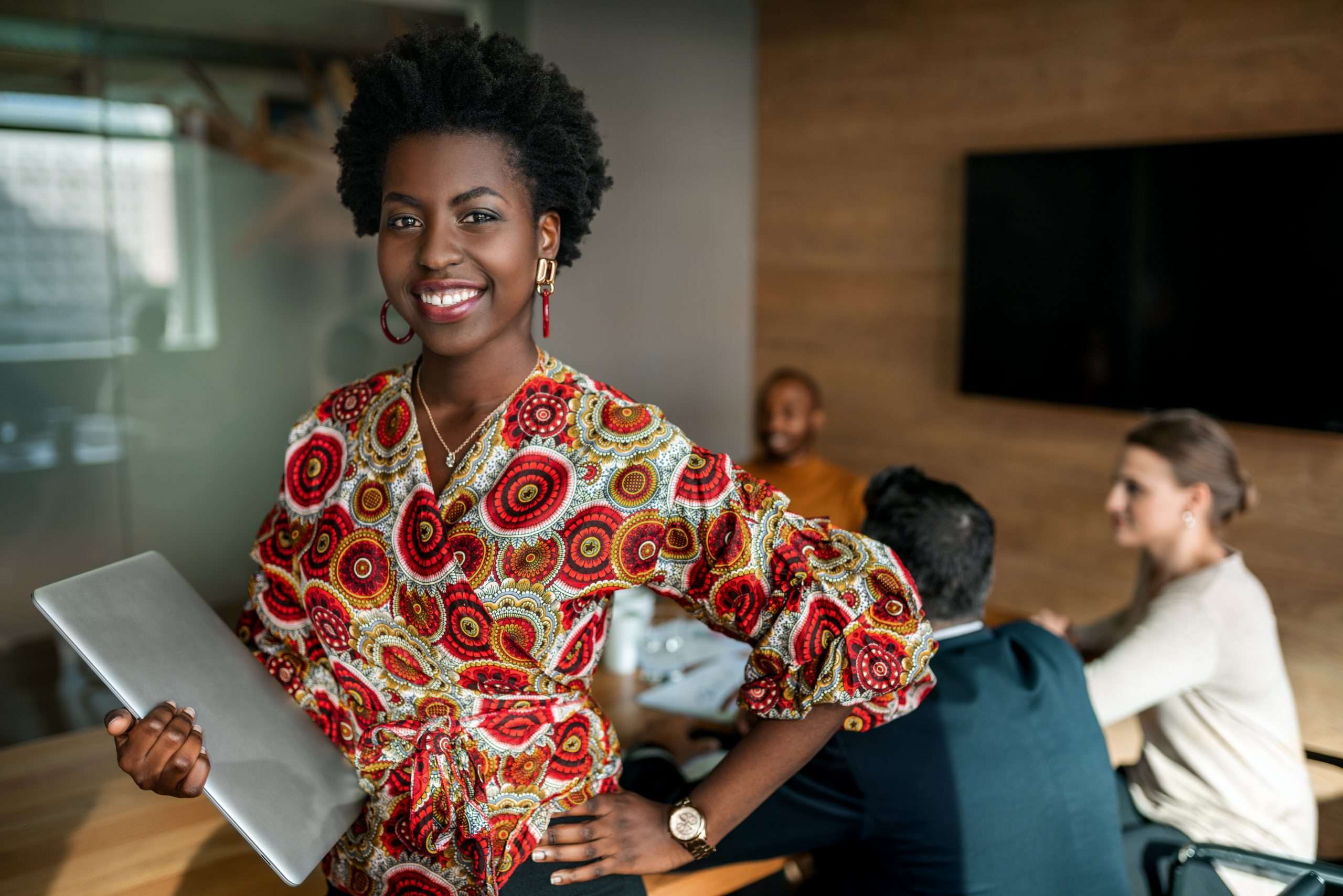 Share via
A recent report has found that firms owned by women of colour have grown at more than double the rate of all women-owned businesses, and women-owned businesses in general have grown twice as fast in the last year than they have over the previous five. Often going unnoticed, the women who start and run these businesses are making waves in a number of industries as they put their skills, knowledge, and motivation into building successful businesses and brands. Annette Joseph, a tech advocate who founded Diverse & Equal, stated that black women have had the hardest time breaking into business out of all demographics. The double obstacle of sexism and prejudice has meant many investors won’t fund new start-ups, and a lot of women have either never been given the opportunity to succeed or have lacked the confidence. Joseph adds, “Black professionals I meet are often more qualified than their white peers.” Despite this, “there is a damaging assumption that when a business ticks a diversity box, standards have been lowered – which is wrong and offensive” We look at five entrepreneurs who have chosen to defy the odds and have proven themselves to be successful businesswomen in white male-dominated fields. Their inspirational accomplishments are guaranteed to give you the motivation you need to boost your own business and achieve your entrepreneurial goals.

Imafidon is the co-founder of Stemettes, a social enterprise whose aim is to inspire and promote young women in STEM industries. So far, Stemettes has exposed over 45,000 young women across Europe to the opportunities of STEM. This phenomenal woman passed A-level computing at 11 and now boasts a Master’s in mathematics and computer science – which she achieved from Oxford University at 20. In 2017 she was awarded an MBE for “services to young women within STEM careers” and in 2020 Imafidon was named Most Influential Woman in the UK’s Tech Industry by Computer Weekly magazine. “I got to where I am today because I’ve always been interested in technology and saw a problem within the industry and wanted to solve it.” – Dr Anne-Marie Imafidon

Starting out as the youngest investment manager at Mitsui & Co. among a cohort of 90,000 employees, Bajela proved herself in the financial sphere by leading over $200 million in investments. Seeing a need to provide support for black female entrepreneurs, Bajela went on to be a founding member and principal at Impact X Capital, a UK based venture capital fund that invests in companies predominantly led by black and female entrepreneurs. Bajela is an advisor for the Mayor of London’s Access to Finance programme and in 2020 she was named in Forbes 30 Under 30 list. “Celebrate every win regardless of how small it may seem. Small victories compound into big progress.” – Yvonne Bajela

Oniwinde has a strong and diverse background with an impressive straight-A academic record as well as competing internationally in javelin. After graduating and working in finances and a start-up, Oniwinde decided to start her own business and in 2016 she founded the BYP Network App, an app that connects black young professionals. In 2019 the network had over 30,000 members in 65 countries and was growing steadily. In 2018, Oniwinde was named on the Financial Times’ Top 100 UK BAME Leaders in Tech, and in 2019 she was recognised as one of Forbes’ 30 under 30. “Having a growth mindset is so important to achieving your goals” – Kike Oniwinde

Binaca Miller Cole is a name a lot of people will recognise from her appearance on BBC One’s The Apprentice. Despite not winning the £250,000 prize, Miller-Cole has gone on to become one of the most successful black female entrepreneurs. In 2012 Miller-Cole founded the Be Group at 23 years old. The business specialises in branding, image consultancy, and employability skills training. By 2015, a year after Miller-Cole appeared on The Apprentice, the Be Group had clients including HSBC, American Express, and the University of Cambridge. Not stopping there, Miller-Cole went on to create Bianca Miller London, a hosiery brand for women with different complexions in 2015. She has also written two books on starting and running businesses and appears regularly as a keynote speaker and influencer in business circles. She was a Forbes’ 30 under 30 list in 2018, another award to follow over 15 achievements she had already received for her business acumen. “Vision is the guide that directs all successful leaders. You should be able to come out with a vision and plan on a roadmap to success in any organization you want to lead.” – Bianca Miller-Cole

While on maternity leave from Silicon Valley Bank, Angelides noticed a big problem in tech and specifically tech training for women: “nobody thought mums wanted to learn anything whilst on maternity leave, which was very upsetting.” With this in mind she created Mums In Tech. Within four months, Angelides was teaching coding to her first cohort of mothers with children. Shortly after that she was pitching courses to large companies, including Microsoft, Three, Investec Bank, and the Ministry of Justice. Not happy with simply starting the training group, Angelides also wanted to ensure women were supported through venture capital. She joined Samos and now helps female and underrepresented business founders to get investments. Angelides has also co-founded Female Founders Online which connects VCs with founders, giving them the chance they need to gain the investment and momentum to be successful. In 2018 Angelides was named the 6th Most Influential BAME tech leader, as well as the 15th Most Influential Women in Tech by Computer Weekly. In 2020 WeAreTechWomen announced Angelides as a winner in the TechWomen100 Awards. In 2020 Angelides was also awarded an MBE for services to Women in Technology. Angelides has achieved all of this while mothering three young children, organising her own flexible work, mentoring, speaking, and writing. “I firmly believe that we all have the power to do so many different things. We just need to give ourselves permission, and get out of our own way.” – June Angelides

5 essential questions to ask when buying a business

How to figure out which products people need

10 things you didn’t know about billionaires

30 Mar 2021
We use cookies on our website to give you the most relevant experience by remembering your preferences and repeat visits. By clicking “Accept”, you consent to the use of ALL the cookies.
Cookie settingsACCEPT
Manage consent