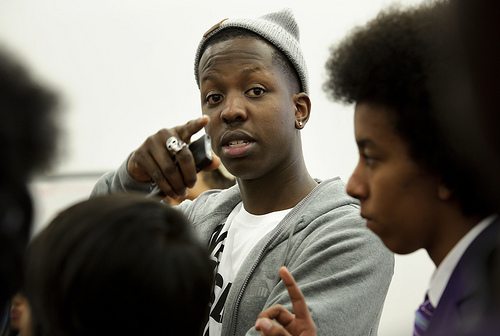 SBTV (SmokeyBarz) was founded seven years ago, by a 16 year old Jamal Edwards. After receiving a video camera for Christmas, Edwards started filming London rappers freestyling on the streets of London. His passion soon turned into a business, with the youtube based online broadcasting company quickly taking off. With hundreds of millions of viewers and subscribers, SBTV turned Edwards into a multi-millionaire and one of the most successful young entrepreneurs in the UK. The channel is now expanding into fashion, sports, arts and culture, alongside the already popular jam sessions, interviews and live events.

As a first year student, Magidson was going through the same experience of not finding any good takeaways after a long night out as any other student. In 2008, he founded eatstudent.co.uk as a pocket-money earner, a website designed to help students order food from different takeaways. But the overwhelming success of his idea turned the website into a flourishing business. Through vigorous marketing and campaigns such as ‘Sex, Drugs and Egg Spring Rolls’, JustEat soon became interested in the website and bought it for £500,000. Along with the purchase, Magidson moved operations from his bedroom to JustEat’s north London headquarters. Eatstudent.co.uk now has hundreds of restaurants and universities in its database.

At the young age of 19, Jones was studying at Hull University and playing professional football. After deciding that coaching would be best for him, Jones started up a specialist football and character development centre for children aged five to 12.
Two years later, Jones became Arsenal’s youngest director of football in the history of the club and in 2010, his growing company was voted one of the top 100 UK business start-ups. The young entrepreneur now runs the Premier Skills Coaching in Yorkshire and is a Director of Gerard Jones Enterprises.

After graduating from Bristol University with a BA in Modern History in 2007, Williamson came up with the idea of launching an eco-friendly taxi service. By raising £200,000 from family and friends and an additional £300,000 through an Angel network, the entrepreneur founded Climatecars. The eco-friendly taxi service covers the whole of Great London and caters to over 650 companies across the capital. In just a few years from launching, the company had already become a profitable business, with an annual turnover of over £3m.

In 2008 Fobian was studying to become an electronic engineer at the University of York. One day, he was having a drink with a friend and decided to launch a business that could track the effectiveness of marketing at generating phone calls. Fobian co-founded AdInsight, which later changed its name to ResponseTap, a call-tracking software that would allow companies to see what customers do and look for on their website. Big companies like British Gas, Thomas Cook, Tesco and Virgin Money soon took an interest in ResponseTap, and in a few years time, Fobian along with his business partner Richard Hamnett, received investments of over £1.6m. Image source