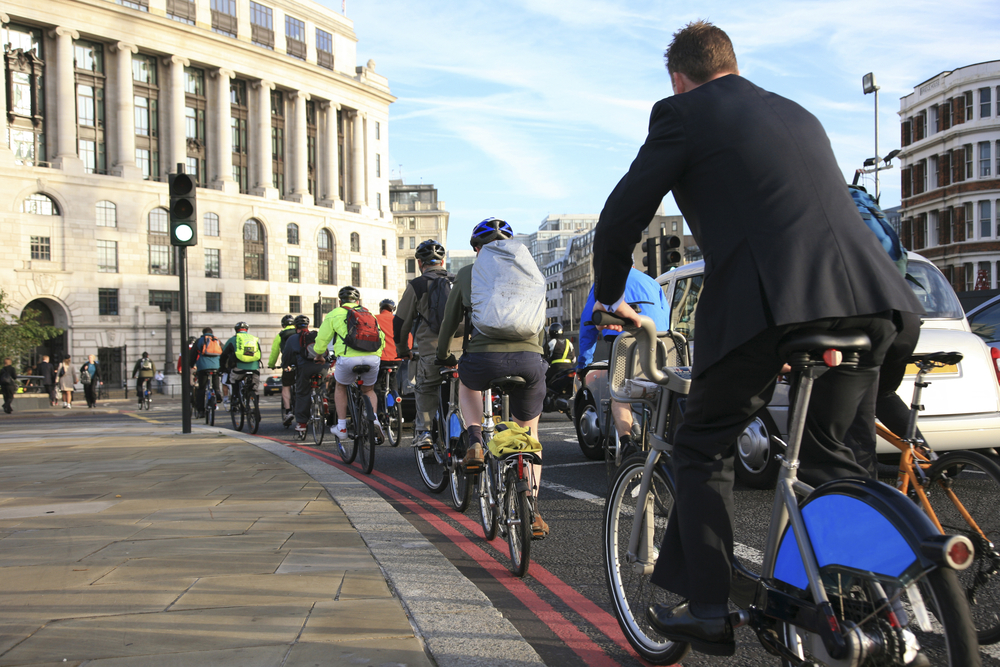 If you want to arrive at work with a smile on your face, as well as enjoy a range of other benefits, switching to a two-wheeled form of transport could be the answer.

1. Health benefits If you want to lose weight, get fitter and generally feel happier, commuting by bike is a great place to start. According to research by the Outdoor Foundation, at the end of their first year of cycling to work, the average person will have lost around 13 pounds. Other health benefits include improved coordination, higher levels of aerobic fitness, stronger muscles and lower levels of anxiety and depression. You’ll also significantly reduce your risk of cardiovascular disease, high blood pressure and type II diabetes. 2. Save money The cost of public transport continues to rise year after year, and though the price of petrol is lower than it has been for many years, the cost of car ownership remains high. Around seven million people in the UK commute less than five miles by bus or car each day. According to research by the Department of Transport, they could each save more than ?500 a year if they rode a bicycle to work instead.

3. Save time One of the best reasons to cycle to work is that you can spend less time commuting. According to research by Citroen, cycling to work rather than driving means you’ll get to the office in around half the time in most cities in the UK. During rush hour in Cardiff, for example, a typical driver travels at an average speed of just 7mph and will spend up to 30 minutes of their commute being completely stationary. By comparison, cyclists travel at an average of 12 to 15mph. 4. Sleep more soundly Getting enough sleep is essential to maintaining optimum health, but many people struggle to do so. Research by the Stanford University School of Medicine found that insomnia sufferers who cycled for up to 30 minutes every other day found it much easier to fall asleep at night and slept for significantly longer than they did before they started cycling. If you work inside all day long, the extra exposure to sunlight you get while cycling to work will also help you to sleep better at night, as well as boosting your levels of the feel-good hormone serotonin. Therefore, travelling on two wheels means you’ll not only get to work faster and get fitter, but you’ll be happier all day long too.

Five of the most creative responses to commuter woes

5. Save the planet Around a quarter of all the CO2 emissions in the UK are the result of road transportation. The figure is higher still ? up to 70 per cent ? in towns and cities. Cycling to work offers a number of benefits to your personal health but also helps to protect the environment for future generations, as it is one of the few forms of transport that generates no pollution at all. Phil Harvey is the manager at?Formby Cycles Image:?Shutterstock