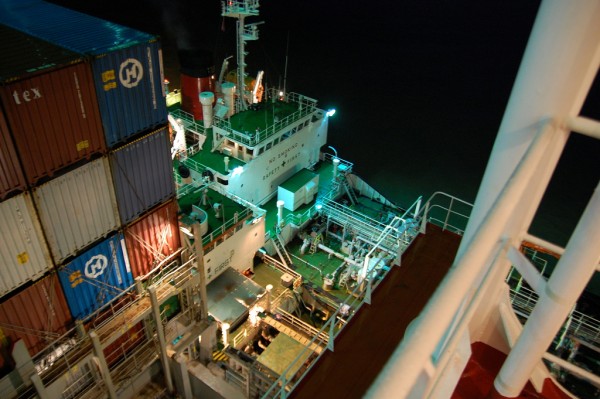 Well, the problem is we?ve got the ?wrong kind of growth? fuelled by consumer spending at the cost of reduced saving. Businesses are still not investing enough and worst of all we?ve failed to impact our balance of payments position by exporting more.

At some point we?ll have to reverse this or Britain will end up as a wholly owned subsidiary of the People?s Republic of China. So reason number one for SMEs to focus on exporting is it?s in our national interest. Ultimately British SMEs won?t do well unless Britain does well. We can?t do so unless we export more. Reason two is closer to home. Exporting is in the interest of most SMEs because although the UK has a relatively large domestic market, it?s small compared to Europe (which has a further 450m people with whom we can trade freely) and the wider world. Some SMEs complain times are tough and they can?t generate enough business. But it would be relatively easy for them to tap into overseas markets that would give them endless scope for growth. Some countries may be less competitive than the UK allowing SMEs to earn greater profits. Developing countries will almost certainly have greater growth potential in almost any product. So there?s no longer any excuse for lack of sales! My third reason is SMEs should broaden their horizons by testing their products in other markets. One thing I love about travel is you get to see first hand how other countries do things differently. Whether it?s Japanese technology, American service or German efficiency there?s always something we can learn from being abroad. Good ideas from overseas will end up here sooner or later (most often sooner in this speeded up internet age).  So to me it?s vital that British companies test the mettle of their own products overseas. They?ll do well if their offering is competitive. If not you can bet it won?t be long before better products are overwhelming them at home as well as outside the UK. So I believe British companies should take the battle to their foreign competition by trying to capture their local market share. Reason four is it?s relatively easy to do. Fortunately Britain has a fantastic reputation for quality products and fair dealings. The flip side of our balance of payments deficit is we?re known for allowing relatively free access to British markets.  So UK companies are pushing at a pretty open door when it comes to foreign trade. People mostly like us, they often literally speak our language, we have historical ties to many countries through membership of the EU, the Commonwealth, NATO and so on. Is there a better-connected country in the world? Given our advantages it?s hard to fathom why our companies aren?t more prominent in places like India and Australia. The Government will help you export via UKTI. They?ll also help you finance it ? the Chancellor has just doubled the export finance fund to ?3bn. My fifth and final reason is diversification is good. If SMEs rely exclusively on the UK then what if the British market for their products stalls? There are many reasons why this may happen. If they?re active in multiple markets a decline at home may be offset by growth abroad. The case for engaging with export is overwhelming. It?s necessary for our country and is a great opportunity for growth and diversification for SMEs. My own experience is that it?s also an interesting challenge, good experience and ultimately great fun. Let?s embrace it now and show the world export is Great Britain! Ian Baxter is the former Managing Director and owner of RH Freight, a ?135m international freight concern. The business was sold in 2011. Ian has now established a new venture, Baxter Freight. Image Source