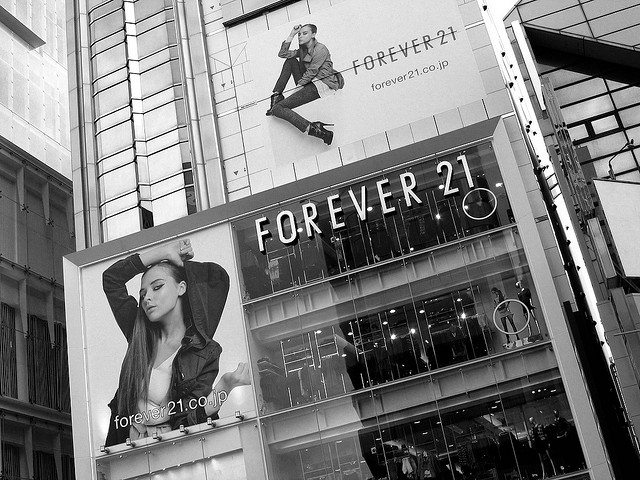 Share via
There?s something special about retailers whose lone store takes off and goes national, or even global. In studying successful retailers for my new book, ‘Breakthrough Branding: How Smart Entrepreneurs and Intrapreneurs Transform a Small Idea Into a Big Brand‘, I was struck by a series of innovative branding tactics that set them apart from those whose stores stay small. Here are five innovative lessons that I learned from successful retailers.

Smart entrepreneurs market their personality along with the business brand. UK entrepreneur Chris Dawson loves his image as a barrow boy made good. He openly admits that he still has trouble reading and writing, but boy, can he sell. The son of a market trader, Dawson cut his teeth in sales when he was seven years old in a jumble stall at a church sale. Later, as a teenage dropout, Dawson became an open-air market trader selling goods out of his truck. On cloudy or rainy days, he attracted customers by making his truck look warm and inviting by putting straw on the ground and setting up spotlights pointed at it. He always outsold the other vendors. Dawson?s sales ability led him to start The Range, a mid-price store for home, leisure and garden.

Korean immigrants to the United States Do Won and Jin Sook Chang decided to open a 900 square-foot store in a gritty area of Los Angeles catering to teenage girls. They initially called the store Fashion 21, but they realized that fashion is aspiration and that teens would love the idea of looking and feeling ?Forever 21?. And, let?s face it, there are plenty of older women (and men) who want to look twenty-one too. Their distinguishing brand idea was fast fashion ? cutting edge today but cheap enough to replace tomorrow. So the core concept was built-in obsolescence. Rather than display tons of items, the Changs just put out small groups of hot styles that they had manufacturers make for them. The Changs parlayed their idea into a retailing empire with over 350 stores in the United States and dozens more around the world.

3. Put a new twist on an enduring classic

How many different ways can you serve up a hamburger? Well, let?s count the ways Jerry Murrell found. Murrell wanted to capture the authenticity of a burger joint in the small Michigan town where he grew up. He had four sons who didn?t want to go to college, so Murrell thought of using their college savings to open a burger joint in a strip maul in suburban Virginia. (Besides, it would give them jobs.) Murrell named his burger restaurant Five Guys after his four sons and himself, and created a twist on an American classic. The burgers are not mass produced like they are at McDonald?s but made to order and served with large portions of hand cut fries. 5 Guys first used a bun from a local bakery that?s eggier and sweeter than most hamburger buns. They are sticklers about the way a hamburger is made: tomatoes and pickles go on top, onion and bacon go below the hamburger patty. To underscore its handmade image, the store had sacks of potatoes lying around and an open kitchen for everyone to see. The local farm that produced the potatoes is written by hand on a chalkboard and customers can munch on peanuts as they wait for their order. The success of that first store led to explosive growth, and now there are over 2,500 around the United States and Canada.

4. Use social media and online tools to create shopper excitement and drive sales

Retail sales people have always known that seeing what other people are buying is a great way to drive sales. Just look at the way a crowd milling about a counter or rack of clothes will draw the interest of other shoppers. Online fashion retailer Net-a-Porter launched by London-based Natalie Massenet created proprietary software that allows online shoppers to peak at what other shoppers are buying, adding to their wish lists or simply browsing or sharing with friends online. Shopping information can be delivered on all types of devices, from your laptop to your tablet and smartphone. You can even see what?s hot by city around the world, creating excitement around certain items and serving as a powerful selling tool, according to Massenet. Its proprietary tool is just one of the ways that Net-a-Porter is leveraging the internet, social media and the mobile web to create a retail shopping frenzy.

5. Create a new trend or category rather than fit into the market

Growth retailers keep a pulse on what?s happening, but don?t try to fit into the market ? they try to appeal to where their customers are heading. They have what I call an ?outside-in? orientation. They begin with the larger context ? the outside ? and work inward. Hot sauce, burritos and a socially responsible message have made Chipotle a super-hot company. Entrepreneur Steve Ells is committed to only serving animal products from humane providers, because he thinks it?s the right thing to do. Ells is an animal lover, a CEO who brings his dog, Bailey, with him to work. At Chipotle, every burrito is handmade individually for each customer. Sure, it can slow things down, but customers know that what Chipotle stands for is worth the wait. And it shows: Chipotle have recently opened several branches in the UK and look set to conquer Europe. These five branding lessons are simple but contrary to the way most retailers operate. They?re not obvious to many business owners because they are counterintuitive and different. That?s why they are so valuable. Catherine Kaputa is a brand strategist, speaker and author of?“Breakthrough Branding: How Smart Entrepreneurs and Intrapreneurs Transform a Small Idea Into a Big Brand” and?“You Are a Brand! How Smart People Brand Themselves for Business Success”. She is the founder of SelfBrand. Image source