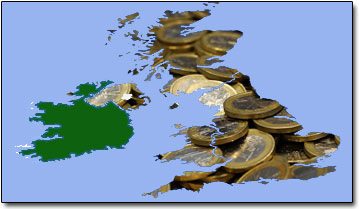 The way the media have reported the ‘50p top tax rate’ sounds cuddly, doesn’t it? To working people it’s meant to sound insignificant. Its only 50p, you can’t even get a crème egg for that.

Maybe a daily newspaper or a bag of crisps, but it isn’t much is it? But look at it another way, the policy involves the confiscation of half the profits of successful entrepreneurs. Labour’s own former business minister Lord Myners described it as ‘predatory taxation’. In any high street there will be tradesman and professional firms such as local solicitors or estate agents or architects whose businesses are partnerships with profits being taxed on personal rates – these businesses will have five per cent less cash to invest in their future. Successful entrepreneurs who look to the UK as a business friendly place to locate and invest will see a tax rate far beyond that in countries like Russia, which has a flat tax rate of only 13 per cent for everybody! Then there is the evidence of the failure of high tax policies to raise money through taxation, as top earners seek either to avoid tax or have no incentive to work hard in the first place. As late as 1986 the top tax rate in the UK was 60 per cent, at that time top tax payers only contributed 14 per cent of total taxation – the remainder fell on less well-off working people. Last year with rates of 40 to 45 per cent, higher and top rate taxpayers contributed 29.8 per cent of total taxation, leaving room for tax cuts for everybody else as the threshold rose; it reaches £10,000 of tax free earnings from April this year. In the global economy Britain needs a business friendly tax environment that helps it to pay its bills but doesn’t tax so much that the enterprise that generates the wealth dries up. Churchill had it right when he said that Labour sees business as a cow to be milked rather than a strong horse to pull the cart! Charlie Mullins is the founder of Pimlico Plumbers. Image source