We all know about the Red Bull Stratos jump from space to movie Syfall’s 007 ‘race to the platform’, but what other companies have perfected the art of experimental marketing?

This stunt proves that it pays to listen.

It all started with a Facebook fan group called ‘I wanna have a sleepover in Ikea’. When almost 100,000 people had joined the group, IKEA started to pay attention. So, they decided to give them what they wanted.

The store gave 100 people the chance to actually spend a night in one of their Essex branches, with a very strict pajame-only dress code. They were fed chocolate cake and IKEA meatballs, had massages and manicures, and had a reality-TV celebrity read them a bed time story.

A pop-up shop in East London may sound like nothing new, nor the fact that the famous brand had paired up with an athlete – Chicago Bulls point guard Derrick Rose, in fact. But there’s a twist to this otherwise natural marketing campaign tale.

For one, Rose made an appearance. Indeed, he was part of the attraction, and his signature was up for grabs. The catch was that said signature was on a pair of adidas shoes on a shelf 10 feet in the air.

Fans lined up for the ‘D Rose Jump Store’, and tried to make the jump in order to get the shoes for free.

Ever wished you could ride on top of a car? Not sure how may would, but Mini made it happen.

Together, three minis took the streets of Toronto pretending to be… roller coasters? Decked out with carts on top of their roofs, they strapped in volunteers and ventured forth.

The video explains it better.

Don’t forget to prepare for the forthcoming minimum wage hike 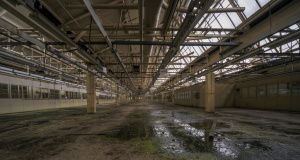 Does the manufacturing industry receive the investment it needs?