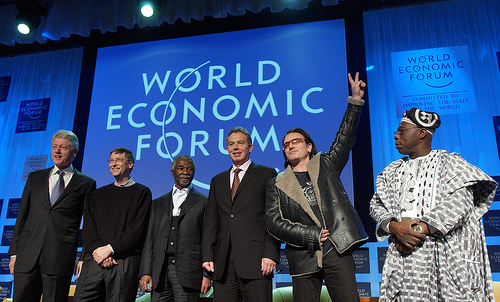 Born in Dublin, Ireland, U2 lead singer Bono is the epitome of a musician-entrepreneur. In 1992, he bought and refurbished a Clarence Hotel in Dublin, with U2 guitarist The Edge, and turned it into a five-star resort. Together they also invested in Dropbox and Yelp, and even had a nightclub called ‘The Kitchen’. He also has a stake in a chain of Dublin cafes called Nude, founded by his elder brother in 1999. But it was in 2004 that Bono truly became a business mogul by co-founding Elevation Partners with former Silver Lake Partners’ Roger McNamee and Marc Bodnik, Apple’s Fred Anderson and Electronic Arts’ John Riccitiello. The private equity firm invests in entertainment and media businesses, having stakes in companies such as Forbes, Facebook and Edios. The company is named after popular song ‘Elevation’ and their first investment was computer game companies BioWare Corp. and Pandemic Studios – the games they produced at the time, such as ‘Destroy All Humans 2’, clashed with his humanitarian work. And, together with all his band members, has had stakes in 15 companies and trusts, including concert-booking agencies. Furthermore, in 2005 he founded Edun Clothing with wife Ali. According to the Edun website, “the company actively works to increase trade with Africa and it is aiming to have 40 per cent of its fashion collection produced in Africa”.

Possibly Iron Maiden’s best-known lead vocalist, Brice Dickinson has always stood by what he loves – which is a lot more than just music. Believe it or not, Dickinson competed internationally in fencing and placed 7th in Great Britain. To that extent he founded fencing equipment company Duellist in 1998, though it didn’t have the best start. The ownership has since changed hands. The Nottingham-born singer also has a beer under his belt. TROOPER takes its name from an Iron Maiden song and was brewed by Robinsons. But the venture that truly caught the media’s attention was Cardiff Aviation. He learned to fly in the 1990s and his first job was for British World Airlines before they closed down in 2001. He then regularly flew Boeing 757s as captain for Astraeus. Some of his journey’s have included returning 200 UK citizens from Lebanon during the 2006 Israel/Hezbollah conflict and a group of RAF pilots from Afghanistan in 2008. Dickinson later became the airline’s marketing director in 2010. Astraeus went bust in 2011, and Dickonson remembers being “mid-air between Jeddah and Manchester, flying 220 Hajj pilgrims home for BMI” at the time. It was due to Astraeus’ closure in 2011 that Dickinson branched out and founded Cardiff Aviation with business partner Mario Fulgoni. The Welsh aircraft maintenance company repairs and overhauls aircrafts up to the size of a Boeing 767. This year he even bought a Fokker Dr.I triplane replica G-CDXR to re-enact First World War air battles at airshows.

Best known as one of the singers in Girls Aloud, Sarah Harding is the only female on the list. Harding made the leap into business in 2009 when the group was on hiatus. With Nick House and Piers Morgan, she opened up her very own nightclub called Kanaloa in the City – and it has a theme twist: Polynesia. This isn’t surprising giving the fact that she had worked in two other nightclubs before she joined the band. The bar quickly became one of the most popular spots in London, and has been a regular hang out hub for celebrities such as Zac Efron and the Sugababes. By Shané Schutte Image source