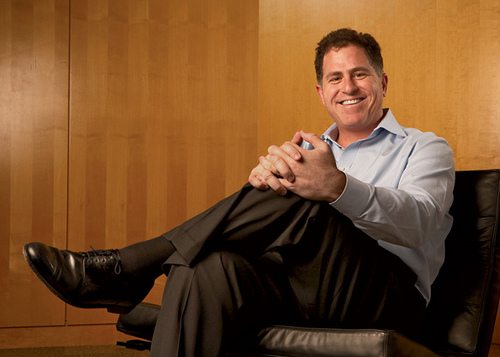 The ranks of the world’s billionaires have yet again reached all-time highs, according to Forbes. Their annual Billionaire’s list shows that, once again, the technology sector is proving to be as good as gold.

When he was 12, Michael Dell ran a mail-order trading business for stamps and baseball cards. He went on to deliver newspapers at the age of 14. In 1984, Dell borrowed $1,000 from his parents to start a computer accessories business from his dorm room. His earnings soon reached $25,000 a month. He dropped out of university to focus on his computer business. The reason? He wanted to focus on direct sales to customers rather than going through the retail middleman ? a notion that Dell still follows today.

By the end of 1984, the company had earned $6m. After the launch of its first computer made entirely from scratch, the company name was changed from PC’s Unlimited to Dell Computer Corporation. Instead of having customers bring in broken computers, Dell would pay house calls because they still didn’t have any stores.