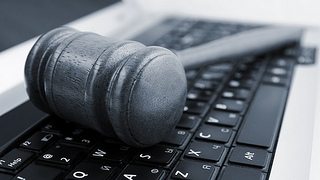 From Duncan Banatyne and Jermain Morrison to George Reynolds, here are six businessmen who broke the rules (and some laws).

Crime: Repeat offender After leaving home aged 15, Jones became a repeat offender by his 30s. He was in a Winchester prison cell ten years ago when he finally jumped the gap to entrepreneurialism. He had been upset with the lack of letters he was receiving and devised a plan that would form a special email service for prisoners – later to be known as Email-a-Prisoner. Jones was constantly turned down for funding, however, because of his criminal past. Instead, he worked 12 hours a day washing up in a restaurant. It took two years of “battering on prison doors” before Guys Marsh Prison in Dorset decided to give it a try in 2006. Jones has just sold Prison Technology Services for a large six-figure sum to Unilink Software, but still holds his CEO position. Over 150 UK prisons are now signed up to the scheme. He is now already onto his next venture, which is a virtual academy for ex-offenders and inmates release. He told the press: “Sometimes you’ve got to fail to succeed.” Image Source