Lawsuits often stem from copyright infringement, plagiarism, or inaccurate details surrounding true events. In some cases, a lawsuit is wrapped up quickly, but there are several famous copyright cases where infringements led to legal action.

Some of the biggest copyright infringement cases have been between some of the most well-known companies in the world, including the copyright court cases listed below.

This article was originally published on 11 August 2014.

Related: What is considered fair dealing in UK copyright law?

Perhaps the most famous case of copyright infringement is that of Battlestar Galactica, who apparently ‘borrowed’ a little too much from Star Wars.

Galactica was produced in the wake of the success of the 1977 film Star Wars. And sci-fi author Jerry Pournelle, starring on a guest panel in This Week in Teck (episode 223), explains that “20th Century Fox sued Universal Studios (the studio behind Battlestar Galactica) for copyright infringement, claiming that it had stolen 34 distinct ideas from Star Wars.” Among them was a character named Skyler, a tad too close to Skywalker, and the possibility of airing with the title “Star Worlds”.

Universal Studios didn’t take this news lightly. “I agreed not to use certain effects including laser streaks from our guns,” said Galactica creator Glen Larson, who supposedly met producer Gary Kurtz to figure things out. “I always consider [the case] very unfair because we had met…and they were in agreement not to take any action.”

Furthermore, they “promptly countersued, claiming Star Wars had stolen ideas from the 1972 film Silent Running (the robot drones) and the Buck Rogers serials of the 1940s,” said Pournelle. He goes on to say that after Fox was sued, he was paid $20,000 by Universal to show that Battlestar Gallactica and Star Wars were made from two different cloths.

In the end the case was decided in favour of Galactica two years later. Unfortunately, however, the original Battlestar Galactica had been cancelled and cinemas were looking forward to seeing The Empire Strikes Back.

The battle between these tech giants started with a simple question: who invented the graphical user interface (GUI)? The company that controls the interface of the next major operating system will have the ability to set the standards for application software, so it’s unsurprising that Apple tried to stop Windows from becoming a major operating system.

It seemed that although Microsoft helped develop Macintosh, Jean-Louis Gassée, who had taken over from Steve Jobs at the time, refused to allow Microsoft to use their software. Bill Gates pressed on nonetheless, deciding to add in features of its own to early prototypes of the Macintosh.

When Gassée noted the software, he was enraged. However, he didn’t want a lawsuit, and ended up agreeing to license the Mac’s visual displays. But Windows 2.0 turned out to be almost identical, and Gassée believed it to be a breach of contract, only having allowed their software to be used for 1.0 and not future versions.

So, without warning, Apple filed a lawsuit against Microsoft in 1988. Apple’s case included 189 contested visual displays that violated its copyright. This led to a six-year long battle.

In 1989, the court ruled that 179 of the 189 disputed displays were covered by the existing license. Furthermore, the other ten were not violations of Apple’s copyright due to the merger doctrine, where the idea–expression divide limits the scope of copyright protection by differentiating an idea from the manifestation of that idea.

The copyright lawsuit was decided in Microsoft’s favour on August 24, 1993.

What has made Dyson so successful is the use of a bagless vacuum cleaner which uses two cyclones. One removes small particles while the other collects larger items. This is the patented technology that bitter rival Hoover infringed.

According to Dyson, before him, nobody in the field had thought to sell a bagless vacuum cleaner. However, Alberto Bertali, managing director of Hoover European Appliances Group, claimed that the Triple Vortex “ recirculated dusty air between three cyclones and did not filter it.”

A counterclaim that the Dual Cyclone’s technology was “nothing that was not generally known within the industry,” was dismissed by the High Court.

Unfortunately for them the High Court ruled that Hoover had intentionally copied the technology at the heart of Dyson’s Dual Cyclone vacuum cleaner. Dyson said: “Their claims that the Triple Vortex is different were shown to be completely false. Hoover showed no interest in the technology when we were looking for backers. Then they rubbished it when we brought out the bagless cleaner, insisting that bags are best. Finally they came out with a blatant copy.”

But Dyson failed to stop Hoover using the “Vortex” trademark on its bagless cleaners.

In 2009 Gucci sued Guess for infringing on five Gucci trademarks, including the use of similar logos. This is perhaps unsurprising given that Guess has been subject to 12 copyright complaints over the last ten years. But they have successfully managed to resolve all previous situations almost immediately… until they messed with Gucci.

Guess used many of Gucci’s distinctive marks, including a green and red stripe used on handbags, the repeating, inverted GG pattern, and the company’s use of brown and beige colours, mostly used in conjunction with diamond shape patterns.

Of course, Gucci came out on top, but not in the way they had hoped for. Initially asking for $221m in damages, the judge told Gucci they were only entitled to an accounting of profits and limited the damages. In the end, Gucci only received $4.7m.

Guess was also barred from using most of their designs ever again, primarily the Quattro G patterns in brown and beige colours and the CRG stripe.

The judge concluded that “Over the years, Gucci has sent out hundreds of cease and desists letters to entities ranging from national companies such as Bebe, Juicy Couture, and Williams-Sonoma, all the way to small-time infringers, such as a counterfeiter working out of her Los Angeles apartment and a rabbi in New York, who they suspected might sell counterfeit Gucci products to benefit his synagogue.” When it came to Guess, they waited because the company was facing budgetary concerns due to counterfeiters.

Furthermore, the company had failed to bring non-speculative evidence to court.

Apple is no stranger to court, especially when it comes to Google. After all, there are several companies that are making phones using Google’s Android software. Steve Jobs repeatedly called the Android a “stolen product. I’m willing to go thermonuclear war on this.”

Apparently things got so heated between Apple and Google that former Google CEO (and current chairman) Eric Schmidt stepped down from his position on Apple’s Board of Directors.

In 2010, Apple sued Samsung. Google had to step in and help Samsung patly due to a ‘Mobile Application Distribution Agreement’. A Google lawyer revealed that the company agreed to “provide partial or full indemnity with regard to four patents.”

And in one of the highest-profile lawsuits in technology, Motorola sued Apple at the same time Samsung was taken to court. Motorola accused Apple of infringing several patents, which included how cellphones operated on a 3G network. On the other hand, Apple claimed that Motorola violated its patent to certain smartphone features.

The copyright case was dismissed in 2012, the year that Google acquired Motorola, on grounds that neither company had sufficient evidence. In fact, frustrated judges have thrown the Apple vs Motorola out of court three times, telling them to solve their problems between themselves.

Although Apple hasn’t attacked Google, probably due to the fact that Google provides a variety of iOS software. Instead, the company chooses to go for the company selling Android devices, but it seem that the search giant is intent on defending Android.

In 2014, Apple and Google released a joint statement saying that they have agreed to settle all patent litigation between them and that they will also “work together in some areas of patent reform”.

For those who don’t remember, Napster was a popular peer-to-peer file sharing network that launched in 1999. It had an amazingly large fan-base of music lovers who shared mp3s.

However, two years later the company was involved in a joint lawsuit filed by various record companies.

They didn’t like the large-scale distribution of their music for free, and so sued the company for infringement on their intellectual property. This is what makes this case one of the most famous copyright infringement cases in history.

The court ruled against Napster and the company was forced to shut down the site after making a public apology and paying $26m in damages. It was their lack of effort to reduce infringement, mixed with the fact that the company financially benefitted from it that set the decision in stone. 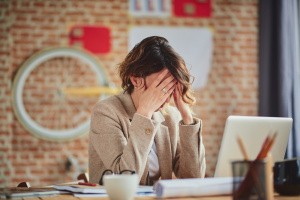 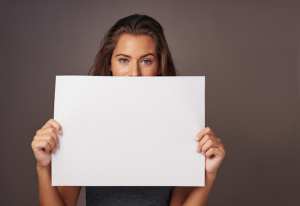