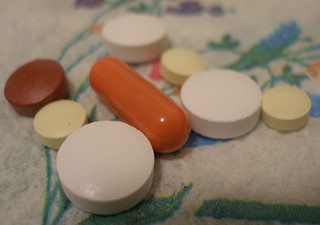 Here are six intelligent products that aren’t afraid to take over your life!

1. The pill that texts the doctor from inside your body

This miracle pill was developed on the basis that medicine often needs to be taken every day at set times. Let’s face it, most people don’t do very well when it comes to that and, as a result, a large number of drugs is wasted each year. So, how do you make sure a forgetful relative is taking their medicine on a regular basis? By having the tablet tweet you when it his the stomach, of course! The key is a sensor that transmits a signal to a patch worn by the patient when the sensor itself hits the stomach acid after being swallowed. The patch will then send the data via text message or e-mail to family and doctors, confirming that the pill has been taken. Andrew Thomson, chief executive of Proteus Digital Health, likens the procedure to that of a potato battery. ?If you stick a bit of copper and a bit of magnesium in a potato and you wire it up you can power a lightbulb. What we have done is to take two absolutely required dietary minerals, one is copper and one is magnesium, and put them on a grain of sand that’s less than a millimetre square in a way that means that when we combine it with a drug, when you swallow it you become a potato.? Image source

2. You better smile or your fridge won’t open!

Scientists in Tokyo have come up with their own Pavlov’s dog’s theory to making people happy ? it involves forcing people to smile in exchange for their food. The ?Happiness Counter? aims to naturally encourage smiling in our every day lives. Equipped with a built-in digital camera and smile-recognition technology, the device scans a person’s face as they stand in front of the fridge and detects whether or not they’re smiling ? if you’re sad, the door becomes very difficult to open. Better yet, it’s proved to have a genuine effect on users’ mood. After conducting a series of trials to test its effectiveness, researchers found that participants were more likely to smile forcefully in the first few days of using the system, compared to day ten when people were more likely to smile naturally. They also believe the ?Happiness Counter? has the potential to boost productivity and morale in the workplace. By using the same device strapped to the fridge and transferring it to a meeting door, only those who smile will be allowed to enter.

3. Driving with no hands just got easier!

Being driven around by a robotic chauffeur is quickly becoming a reality. Cars that are able to drive around by themselves are already being taken for test runs by Oxford University and Google. Through the use of lasers and small cameras to memorise regular journey’s ? such as commute’s to work ? engineers and researchers are looking to produce a low-cost system that will take the strain off drivers. Self-driving cars wouldn’t depend on GPS, but will know where they are because they recognise their surroundings. The car will know where you work, where you live and which route you prefer to get from point A to point B. To put it simply, the car learns and gains experience through time. The car will be driven by a human, but when it goes on the same journey again and recognises where it is, it will send the driver a prompt to a built in iPad in the dashboard, offering to let the car ?take the wheel.? Image source By Shan? Schutte