Ben and Mena Trott were high-school sweethearts since the age of 17, but are now divorced. In college, they were already trying to create a startup web design company but according to Mena, they never knew where to start. Becoming co-founders was as much of a coincidence as the start of their company.

The name of the company was inspired by the six days difference between their birthdays. Ben, a software engineer, built a program to support dollarshort.org – a blog written by Mena – when the available tools didn’t offer enough control over web journal participation. Although their first product, Movable Type, may not be a household name, it’s responsible for creating the products that have produced what we now refer to as the blogosphere.

“Ben does his job as CEO and puts in long hours while I’m at home with our daughter. I want to separate the husband, wife, co-founder relationship. It’s a big step for me to be at home instead of at work, because I have always been the sort of person that needs to be involved and to be making the decisions. I can, however, step away and say ‘I trust these people’ because having my husband there makes it easier.” – Mena Trott (when still married)

Rashmi Sinha and Jon Boutelle both attended Brown University. In an attempt to approach her, Jon purposefully hid his watch and asked her for the time.

Jon believes that disagreements are healthy for the progression of the business. He stresses that your ideal business partner must have different points of view, but will know you well enough to understand your perspective.

SlideShare was founded in 2006 after Jon organised a conference and realised there was no way to share the resulting presentation files online. The YouTube for presentations, SlideShare is a Web 2.0 based slide hosting website where users can upload, view, rate and share PDF, PowerPoint and OpenOffice file formats.

The site gets more than 50m unique visitors each month. Small business owners and C-level executives visit SlideShare more than any other social network, according to ComScore. SlideShare has also recently passed the 10m mark for presentations uploaded to the site.

“You have to like your co-founders enough to be married to them. This makes it easier for us as we like each other even after working together all the time. You wake up and that thought you’ve been processing at night about the business is immediately in the other person’s head. By the time you’re in the office, you’ve already pushed that idea forward two hours.” – Rashmi Sinha

Jenn and Hayes first met in high school and have been together ever since. According to Jenn, a lot of what they learned about running startups together was figured out through their actual relationship, coupled with the process of trying and doing better next time round.

One day, while eating breakfast tacos, they were wondering how many people could be reached by a single tweet. What started out as TweetReach, became one of the metric tools for Union Metrics. Union Metrics focuses on delivering simple social metrics that enables marketers and agencies to measure and improve their social media campaigns.

“The secret is that there is no secret. This is hard and we bust our butts every single day to make it work. We love working and building our company together. There is nothing more challenging and more rewarding than running a business and it’s pretty incredible that we get to experience it side by side.” – Hayes and Jenn Davis 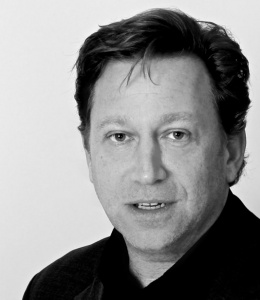